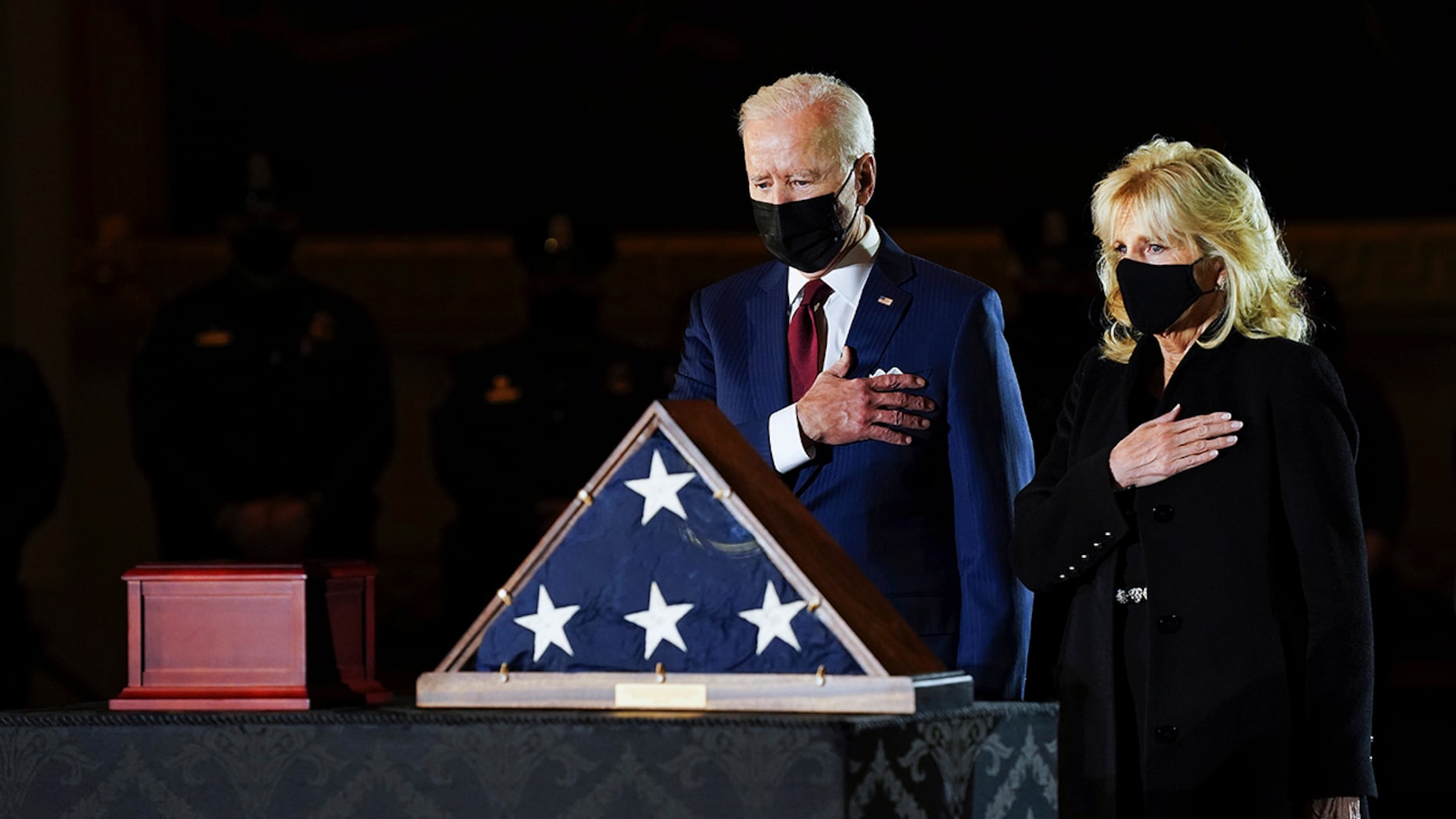 Lawmakers and others held another memorial service Wednesday for Capitol Police Officer Brian Sicknick in the Capitol Rotunda, where he has been lying in honor since Tuesday evening after dying last month from injuries suffered during the Jan. 6 riot at the building that he helped defend.

There will be a send-off ceremony outside the steps of the Capitol before his remains are transported to Arlington National Ceremony, where they will be interred.

House Speaker Nancy Pelosi delivered remarks Wednesday to distinguished guests, which include members of the U.S. Capitol Police and D.C. Metropolitan Police Department, as well as the Secretary of Defense, chairman of the Joint Chiefs of Staff and D.C. Mayor Muriel Bowser. The Air Force band singing sergeants sang a rendition of “America the Beautiful.”