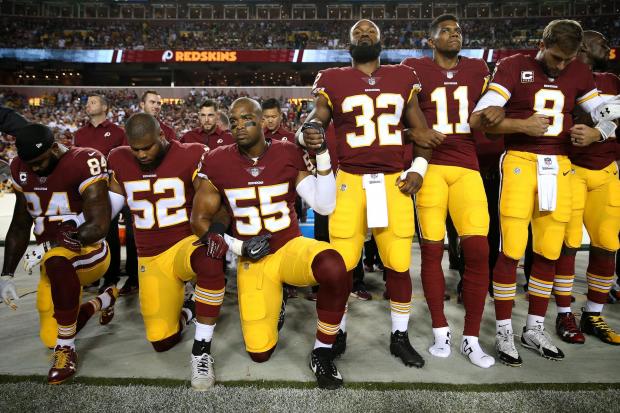 ‘Commentary this morning about the commissioner’s position on the anthem is not accurate,’ said a statement

The NFL directly contradicted Donald Trump in a statement issued on Wednesday, dismissing the president’s claim that the league’s commissioner had demanded that players stand for the national anthem as “not accurate.”

Trump, in response to an NFL statement released on Tuesday that stated owners would look for a solution to the issue at their upcoming league meeting, had tweeted on Wednesday morning:

“It is about time that Roger Goodell of the NFL is finally demanding that all players STAND for our great National Anthem-RESPECT OUR COUNTRY.”

But Goodell made no such demand in a statement that was so on-the-fence that it could have given the commissioner splinters.