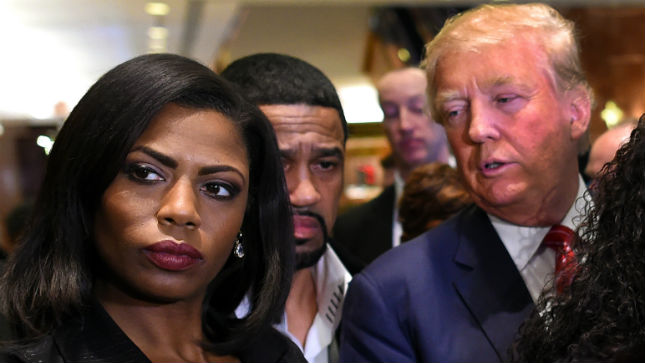 Former White House aide Omarosa Manigault Newman is reportedly believed to have scores of recordings from her time working for President Trump, leaving other aides concerned.

The New York Times reported on Thursday that Manigault Newman could have as many as 200 tapes that may contain information about the president and people close to him.

The newspaper reported that a number of Trump administration aides have expressed concern that they too will make an appearance on Manigault Newman’s other tapes as she continues to release bombshell recordings in promotion of her new tell-all book, “Unhinged: An Insider’s Account of the Trump White House.”

The report arrives on the heels of a recording released by Manigault Newman on Thursday morning showing the president’s daughter-in-law Lara Trump offering the former aide a job following her dismissal from the White House last year.

In the recording, Trump offered Manigault Newman $15,000 a month to work on the president’s campaign shortly after she was fired.