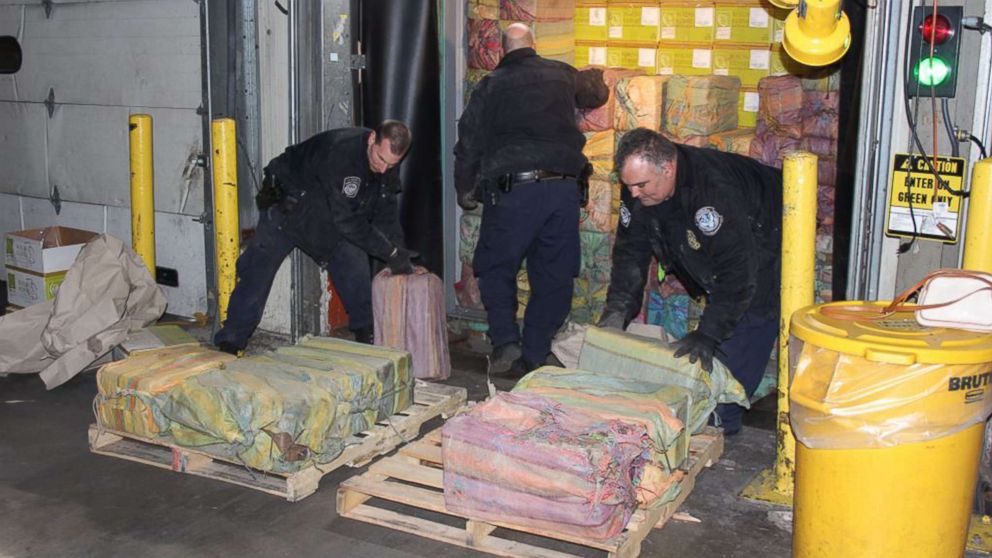 US Customs And Border Patrol

The crates said dried fruit from Colombia. There was no indication that they were holding tens of millions of dollars’ worth of cocaine but that is what federal agents said they discovered in the biggest coke bust in New York in a quarter century.

After what was described as a routine interdiction, the agents said they found 3,200 pounds of cocaine in a shipping container that arrived at the Port of New York and New Jersey on Feb. 28.

The drugs had an estimated street value of $77 million.

“This is a significant seizure, in fact it is the largest cocaine seizure at the Port of New York/Newark since May 1994,” said Troy Miller, director of Customs and Border Protection’s New York Field Operations.