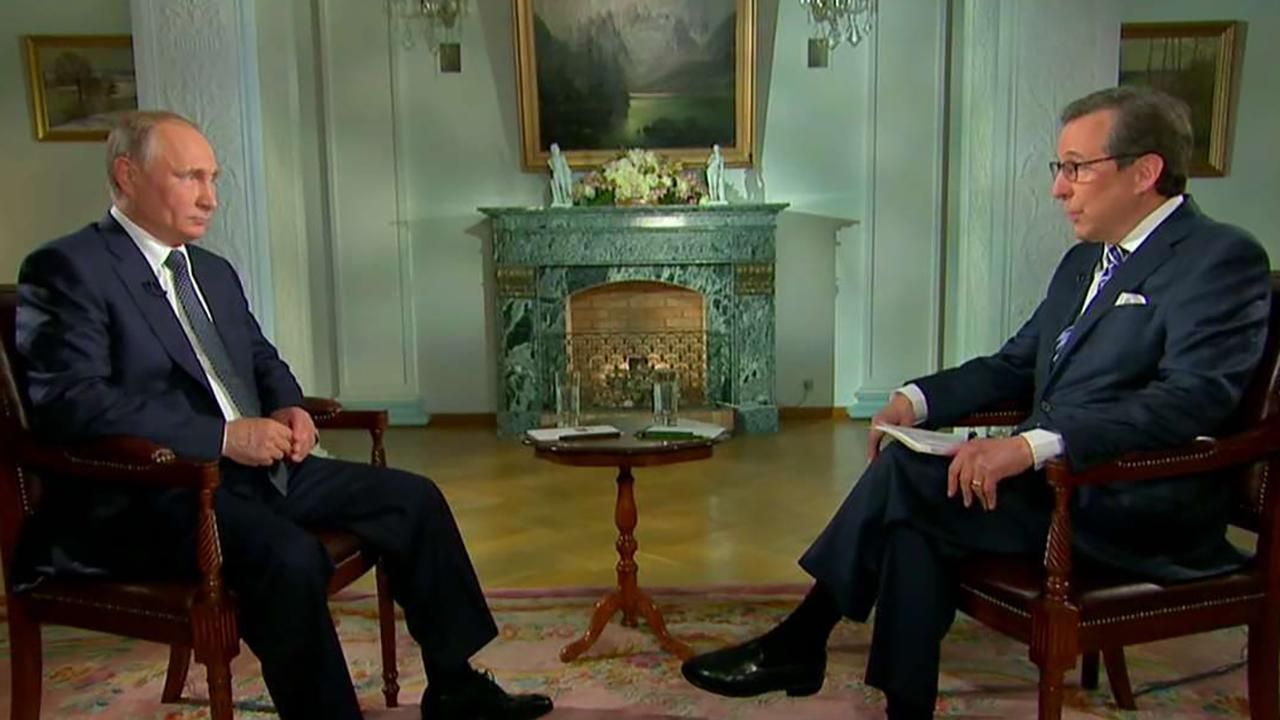 In an exclusive, wide-ranging interview with ‘Fox News Sunday’ anchor Chris Wallace, Putin dismisses claims of Russian interference in the 2016 election, says Russia would react negatively to the expansion of NATO, blames terrorists for civilian casualties in Syria.

The Russian president sat down for the interview airing on “Special Report” Monday after his summit earlier in the day with President Trump and other U.S. officials in Helsinki, Finland. Trump has faced harsh bipartisan criticism back home for his press conference with Putin, with lawmakers claiming Trump missed a key chance to “stand up” to the Russian president on election meddling.

The summit came just days after the Justice Department announced the indictments of a dozen Russian intelligence operatives for allegedly hacking Democratic targets in the 2016 U.S. presidential election. At one point in the interview, Wallace tried handing Putin a copy of the indictment. But Putin motioned for him to put the papers on a side table instead.

“First of all, Russia, as a state, has never interfered with the internal affairs of the United States, let alone its elections,” Putin replied.