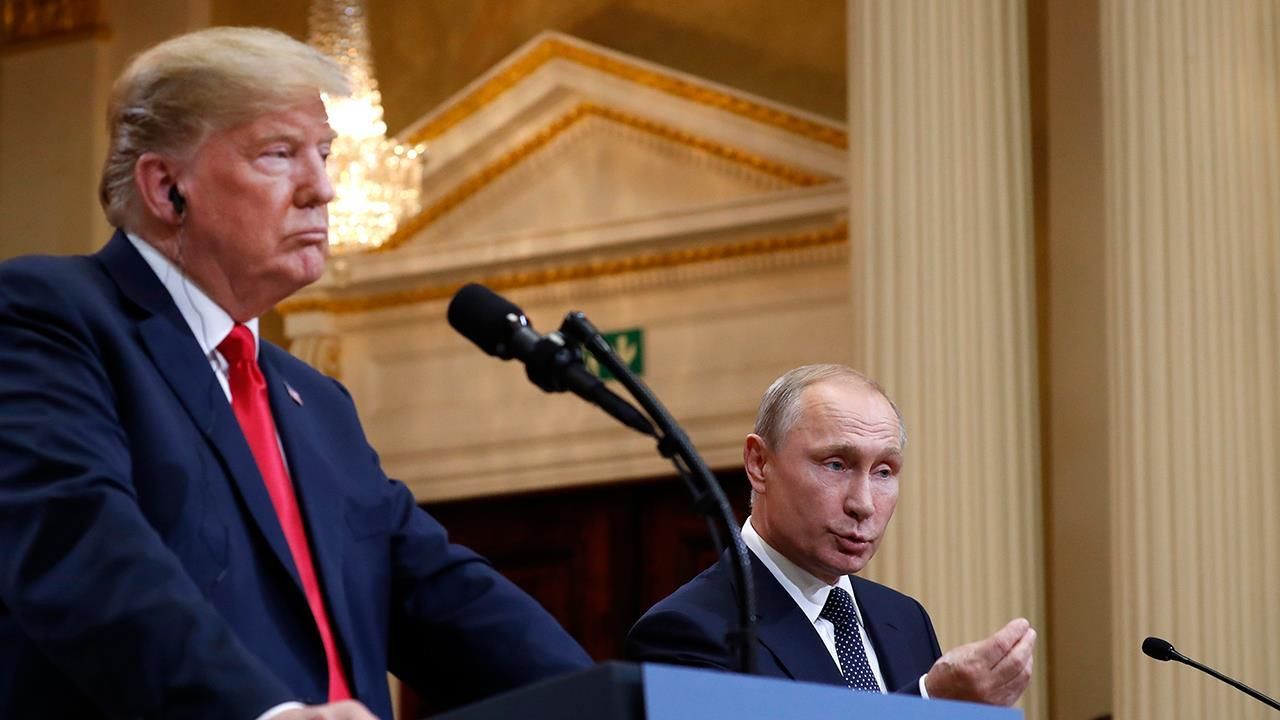 President Trump said Tuesday that he misspoke when he seemed to dismiss allegations of Russian meddling in the 2016 elections, stating clearly that he accepts the U.S. intelligence community’s conclusions as he sought to quell a bipartisan firestorm over his press conference with Vladimir Putin.

The president clarified his remarks during a meeting with lawmakers at the White House, in a rare backtrack for Trump.

In Helsinki a day earlier, Trump had said he doesn’t “see any reason why” Russia would be behind election meddling. This and other comments led to bipartisan outrage and accusations that he was taking Putin’s word over the intelligence community’s.

But Trump said Tuesday he meant the opposite. He suggested he was surprised by the negative reaction when he returned to Washington.

The president told reporters that he meant to say he doesn’t see why Russia “wouldn’t” be responsible.