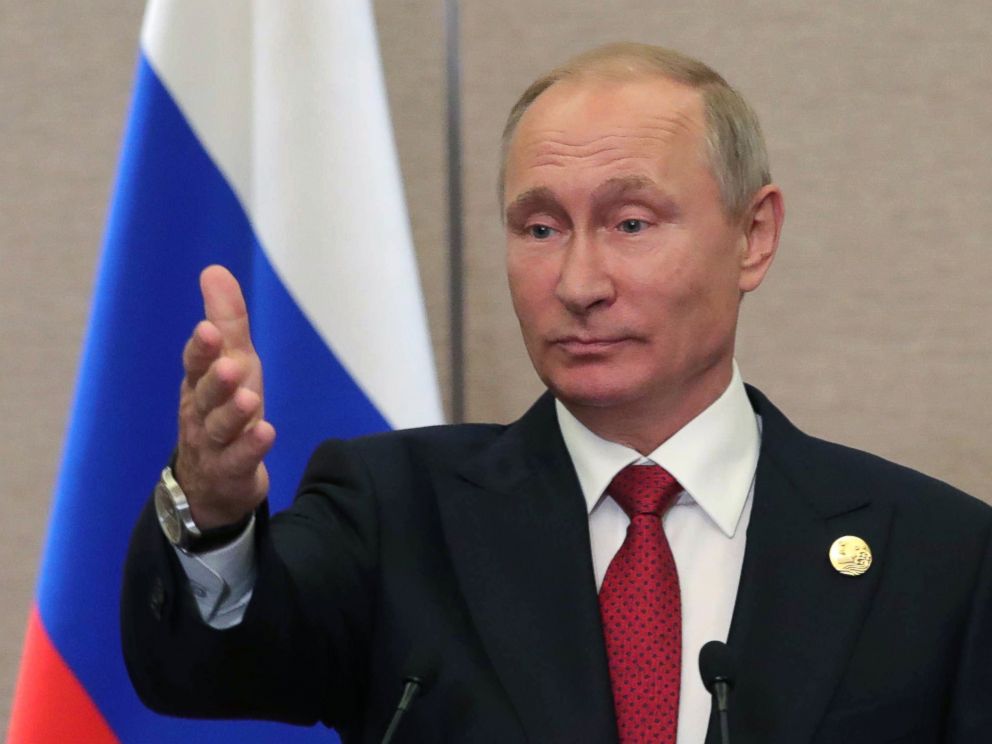 Russian President Vladimir Putin today called it “naïve” to ask him whether he is disappointed with the presidency of Donald Trump, saying the relationship between the two leaders, often described as a so-called bromance, isn’t personal.

“He’s not my bride,” Putin told reporters at an economic summit in the Chinese city of Xiamen.

“I am also not his bride, nor his groom,” he went on, according to remarks carried by Russian news agencies.

Speaking to the reporter who asked, Putin said the question “sounds very naïve to me,” adding, “We are engaged in state activity.”

As relations between Russia and the United States have spiraled into a cycle of diplomatic tit-for-tat, with both countries recently closing embassy properties belonging to one another, there has been speculation that the Kremlin— which U.S. intelligence officials accuse of meddling in the 2016 presidential election— might be disillusioned with a president who, as a candidate, pledged to get along with Moscow.

The United States last week ordered Russia to close its consulate in San Francisco as well as two diplomatic annexes in Washington, D.C., and New York, retaliating for an earlier Kremlin order that the U.S. Embassy in Russia cut hundreds of its staff.