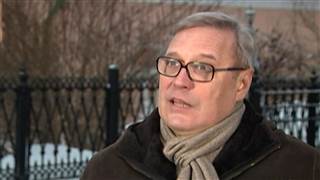 MOSCOW — A dossier on Donald Trump’s psychological makeup is being prepared for Russian President Vladimir Putin.

Among its preliminary conclusions is that the new American leader is a risk-taker who can be naïve, according to a senior Kremlin adviser.

The file is being compiled by retired diplomats and some of Putin’s staff, he added.

The attempt to get inside the U.S. president’s mind is aimed at helping Putin plan for his first meeting with America’s new leader, the date for which is yet to be decided.

“Very serious preparatory work is going on in the Kremlin, including a paper — seven pages — describing a psychological portrait of Trump, especially based on this last two to three months, and the last weeks,” added Fedorov, who said he has known Trump since 2000.

The dossier was being revised regularly, he said, adding that many in the Kremlin believed that Trump viewed the presidency as a business.

It is normal for any president or leader to be fully briefed before entering negotiations for the first time with a rival leader, but preparing a detailed dossier on the mind and instincts of a U.S. leader is unusual.

Putin’s government is growing increasingly concerned about Trump’s battles in Washington, according to Fedorov and former lawmaker Sergei Markov, who remains well-connected at the Kremlin.