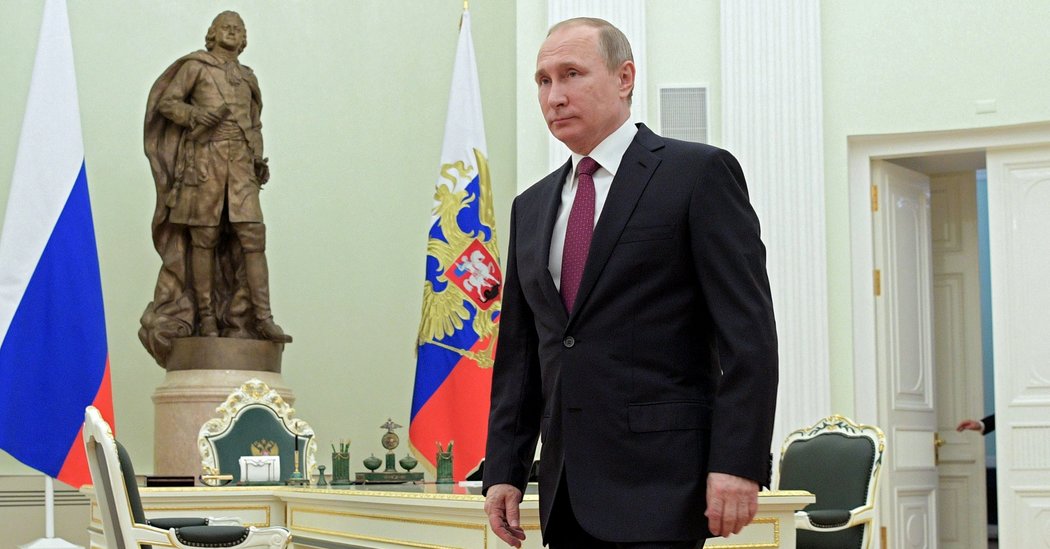 While denouncing prostitution as a “horrible social phenomenon,” Mr. Putin also boasted about Russian exceptionalism, adding: “Even though they are undoubtedly the best in the world, too. I doubt that Trump would go for that.”

There is a frenzy of attention in Russia focused on the change in administration in Washington, even by the standards of state-run television, which generally devotes more time covering the United States than it does the rest of the world.

Rossiya 24, a round-the-clock cable news station, is broadcasting a countdown to Mr. Trump’s inauguration on Friday, featuring a new segment every day that highlights some slice of the president-elect’s biography. “News of the Week,” Russian state television’s flagship program, devoted most of its two-and-a-half-hour show Sunday night to bashing the Obama administration and lauding the pending Trump presidency.

The tone of some of the public statements in Russia has been gleeful. “January 20 will be a historical day,” said Vladimir Zhirinovsky, leader of the Liberal Democratic Party and an outspoken ally of Mr. Putin. “I ask everyone to shave themselves, put on their best suits, sit down to tables at 8 p.m. and lift a glass of champagne.”

Other public figures were more sober. Sergey Stankevich, the head of the international affairs committee for the Party of Growth, another political party, said that Mr. Trump might prove to be “no picnic,” and that someone predictable like Hillary Clinton might have been better for Russia.