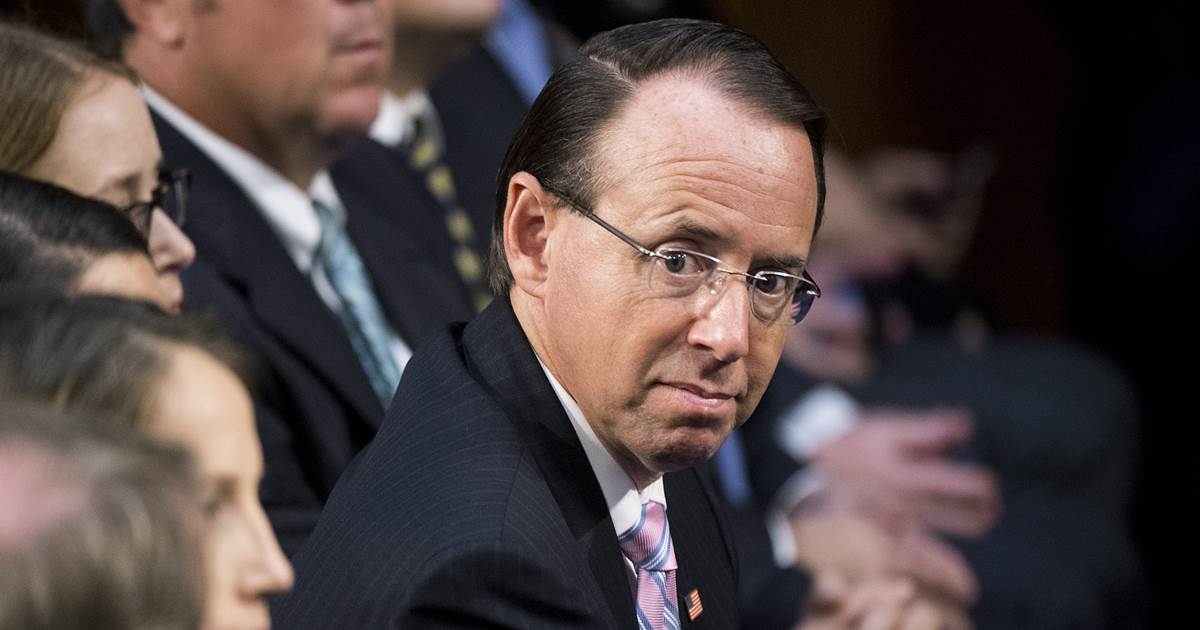 WASHINGTON — Deputy Attorney General Rod Rosenstein was joking when he discussed wearing a wire to secretly record President Donald Trump and does not believe Trump should be removed from office through the use of procedures outlined in the Constitution’s 25th Amendment, according to Justice Department officials who requested anonymity to discuss the conversation.

The officials were responding to a New York Times report that Rosenstein, in the tumultuous spring of 2017, had discussed with other Justice and FBI officials the possibility of recruiting members of Trump’s Cabinet to declare him unfit for the job and that he offered to wear a recording device during conversations with the president.

In a May, 16, 2017 meeting at a secure facility at the Justice Department — one week after Trump fired FBI Director James Comey — Rosenstein was arguing with Andrew McCabe, then the acting director of the FBI, about the president, according to a senior Justice Department official.

This official and a source who was in the room characterized Rosenstein’s remark as sarcastic.