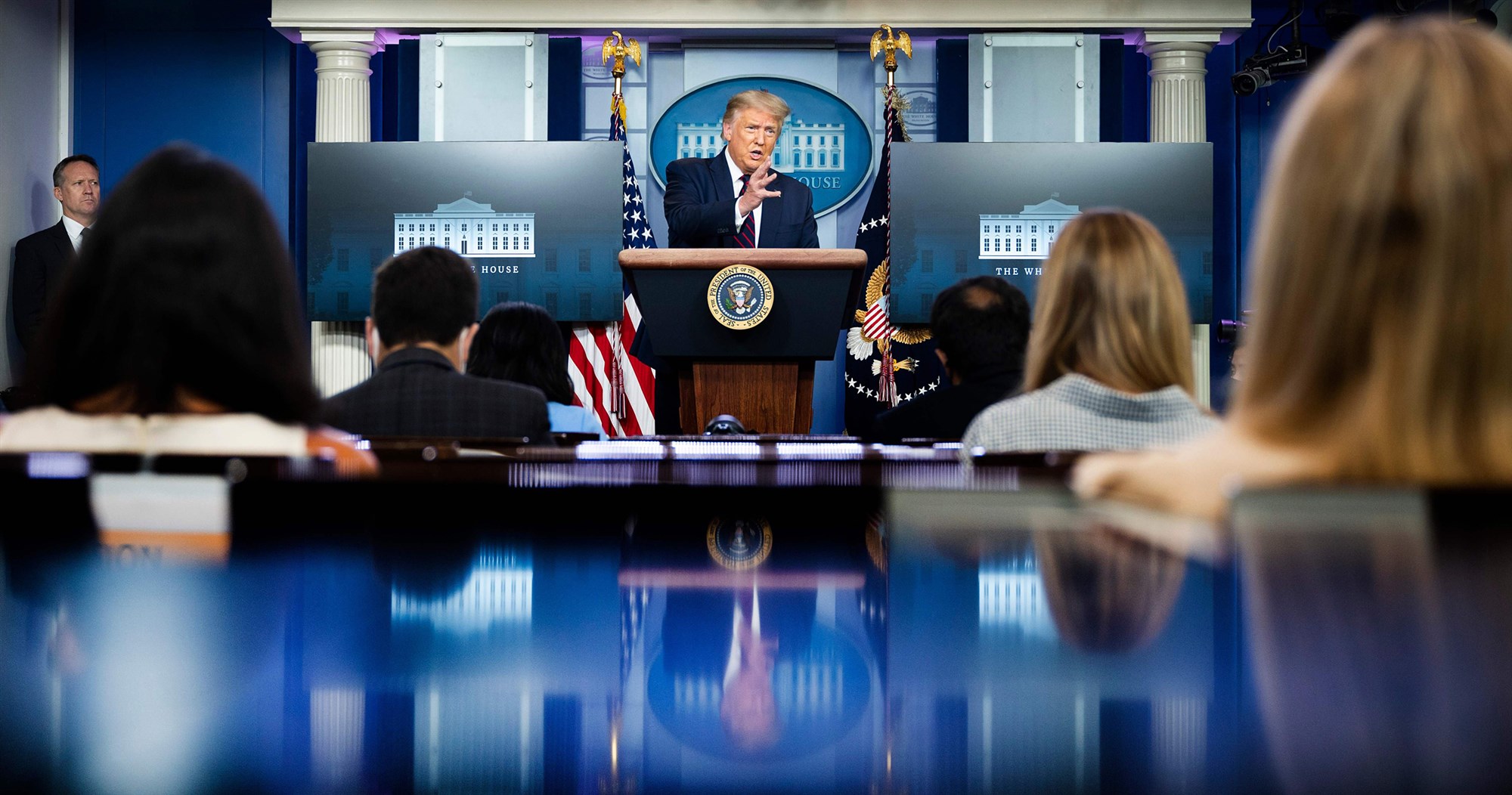 President Donald Trump overstated his administration’s response to the coronavirus crisis Tuesday and repeated falsehoods that he has pushed since the earliest days of the pandemic.

In a solo briefing at the White House that included a question-and-answer session with reporters — his first coronavirus briefing in months — Trump offered a newly sober projection for the country as deaths have surpassed 140,000.

“It will probably, unfortunately, get worse before it gets better,” Trump said. Southern states are struggling with crippling surges that are overwhelming hospitals and killing tens of thousands of people.

But he still sought to blame the previous administration for his own administration’s delayed response, and he underplayed the toll the pandemic has taken on communities.

Here’s what he said, along with the facts.

Claim: The U.S. has ‘done much better than most’
This is false. The U.S. has an uncontrolled outbreak, reporting more than 50,000 news cases a day. For comparison, far smaller countries, like Germany and Japan, are reporting hundreds of new cases a day.

Other countries are struggling — Brazil and India are the second and third most affected countries by caseload — but the U.S.’s remains the worst documented outbreak.

Public health experts say the number of tests that have been conducted doesn’t on its own indicate a country’s success in controlling an outbreak.

“Citing aggregate cumulative numbers on testing per day is meaningless. What matters is context,” said Dr. Vin Gupta, a pulmonologist and global health policy expert who is an NBC News and MSNBC contributor.

He said the rate of positive tests indicates that far more people are being infected than are being tested, and he pointed to Arizona, where 1 in 4 tests are positive, as an example. “Right now, our pandemic is out of control,” he said.

Claim: ‘Our case fatality rate has continued to decline’ and is lower than ‘almost everywhere else in the world’

Trump is trying to make the U.S. look better by emphasizing the ratio between confirmed deaths and confirmed cases — known as the case fatality rate — over the more telling mortality rate.

The former lowers as testing expands and detects more mild cases, while the latter reveals how many deaths a country has had relative to its population. According to Johns Hopkins University data, the U.S. mortality rate is one of the highest in the world, thanks to the large outbreak. The case fatality rate has fallen, but it isn’t lower than “almost everywhere else in the world.”

Claim: ‘We’re closely monitoring hospital capacity’ in states with surging cases. ‘All of the governors we’ve spoken with say they have enough bed capacity.’

While we can’t verify what governors have told the Trump administration, U.S. hospital capacity appears to be strained.

Arkansas Gov. Asa Hutchinson, a Republican, raised the alarm Monday over COVID-19 hospitalizations, saying the state’s caseload had the potential to strain hospital resources and staff.

Last week, NBC News reported that 54 hospitals in Florida had no available beds in their intensive care units and that 40 more hospitals had less than 10 percent availability.

NBC News reported this month that Houston hospitals have been forced to treat hundreds of patients in their emergency rooms — sometimes for several hours or multiple days — in their scramble to meet the pandemic’s rising numbers.

Claim: ‘We again have tremendous amounts of supplies, we’re in very good shape, and we can move them quickly’

Not according to internal administration documents obtained by NBC News, which showed that the federal government may not have the capacity to supply medical professionals with personal protective equipment.