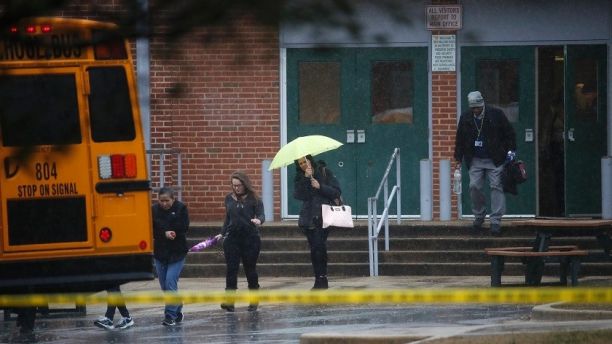 A female student and a male student were wounded in the attack; sheriff says a resource officer fired at the shooter at Great Mills High School.

The shooter, Austin Wyatt Rollins, 17, was the only fatality. Police said Rollins used a handgun to shoot a 16-year-old female student who is in the ICU with life-threatening, critical injuries. A 14-year-old male student was also shot and is in stable condition.

St. Mary’s County Sheriff Tim Cameron said there were indications Rollins and the female victim had a prior relationship, which police are investigating as a possible motive for the incident.