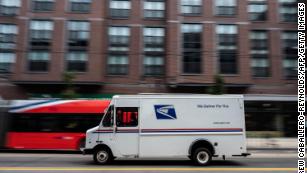 The Senate on Tuesday passed sweeping bipartisan legislation to overhaul the US Postal Service’s finances and allow the agency to modernize its operations.
The final vote was overwhelmingly bipartisan 79-19. The bill now heads to President Joe Biden’s desk for his signature.
The Postal Service Reform Act — which cleared the House last month by 342-92 — would require retired postal employees to enroll in Medicare when eligible, while dropping a previous mandate that forced the agency to cover its health care costs years in advance. Those two measures would save the USPS nearly $50 billion over the next decade, according to the House Oversight Committee. The legislation would also require the USPS to create an online dashboard with local and national delivery time data.