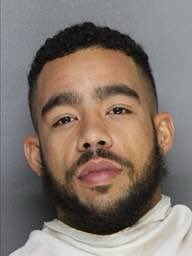 The Dallas Police Department has linked a Texas man accused of killing his girlfriend’s father to three other unrelated slayings.

Jeremy Rashad Harris is “the definition of a serial killer,” Deputy Chief Reuben Ramirez said during a virtual news conference on Friday. “It’s random. There is no known association.”

Harris, 31, was arrested after police found the body of 60-year-old Blair Carter in a burning Celina house on Wednesday, CBS DFW reported Friday.

Witnesses said they saw a man dressed in black fleeing the scene and holding an unknown object, according to WFAA-TV.

The other Dallas slaying victims Harris has been tied to include 19-year-old Robert Jaden Urrea, a student at Southern Methodist University who was found on a street with a gunshot wound on Halloween.