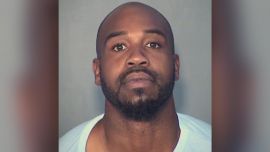 Arizona police say they believe they’ve pieced together a “jigsaw puzzle” they had been struggling to solve for weeks after identifying a man they believe is responsible for the deaths of nine people.

If convicted, 35-year-old Cleophus Cooksey Jr. would become one of the most prolific serial killers in the state’s history.

Cooksey was arrested on Dec. 17, 2017, for the deaths of his mother and stepfather, who were both found shot dead. While in custody, police say they linked Cooksey to seven other homicides in the Phoenix, Avondale and Glendale areas.

“To solve nine homicides in a period of three weeks is outstanding,” Phoenix police Sgt. Jonathan Howard said at a press conference on Thursday. “The suspect takes steps to avoid detection…so it’s not often that we have the ability to gather the evidence this quickly and do it.”

Here’s what we know about Cooksey and the charges he’s facing so far.