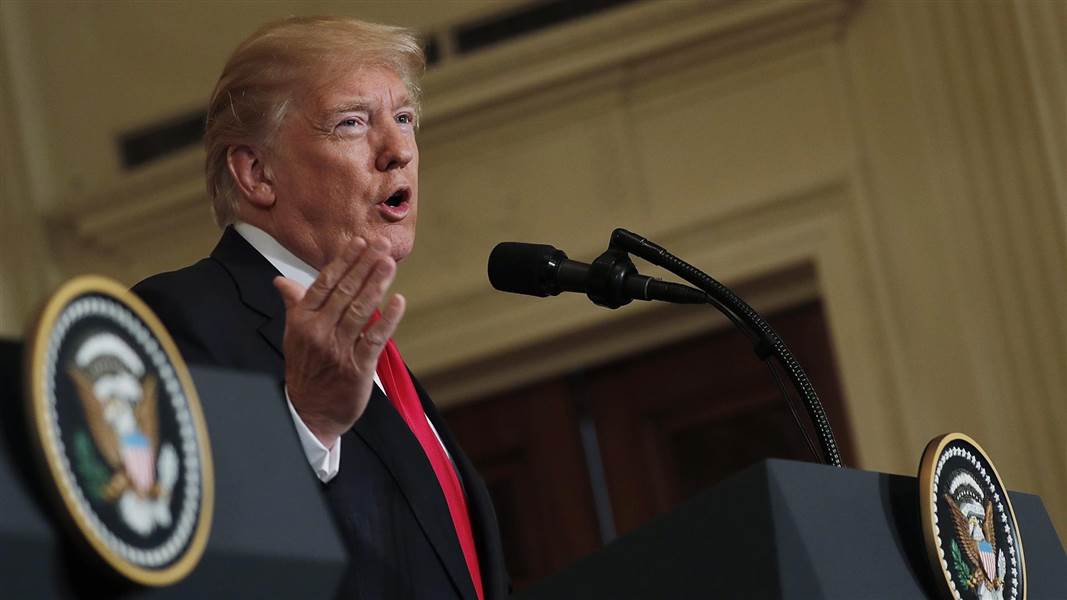 President Donald Trump appeared to push back Thursday against comments by his chief of staff that his thinking on the long-promised border wall had “evolved,” with the president insisting that his views on the barrier hadn’t changed.

“The Wall is the Wall, it has never changed or evolved from the first day I conceived of it,” Trump said in the first of two tweets. “Parts will be, of necessity, see through and it was never intended to be built in areas where there is natural protection such as mountains, wastelands or tough rivers or water.”

Trump, nevertheless, suggested Mexico won’t be paying for the wall as quickly as he said it would during the campaign, saying that America’s southern neighbor might fund the barrier “indirectly” and over a long period of time.

“The Wall will be paid for, directly or indirectly, or through longer term reimbursement, by Mexico, which has a ridiculous $71 billion dollar trade surplus with the U.S.,” he tweeted. “The $20 billion dollar Wall is ‘peanuts’ compared to what Mexico makes from the U.S. NAFTA is a bad joke!”