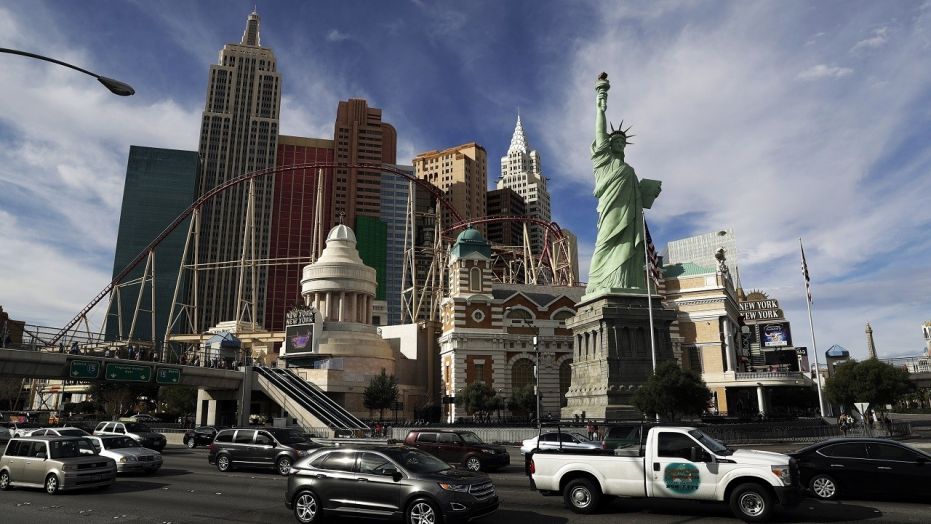 LAS VEGAS — Bandits have gotten away with cash and chips from four casino-hotels in Las Vegas since last week, leaving police on the hunt for multiple suspects.

Three of the casinos targeted by criminals are on the Las Vegas Strip and the fourth one is in the vicinity. The string of incidents comes less than two months after a man wearing a wig and facial bandages robbed the poker room casino cashier of the Bellagio casino-hotel.

“It’s unusual,” Las Vegas Metropolitan Police Lt. Michael Mauntel said of the frequency of the robberies since November. “Absolutely, I am concerned that they are happening a little too often.”

A robbery happened Jan. 10, when a man displayed a handgun and demanded money from a cashier at the casino cage of the New York-New York. The same day, three people grabbed chips from a game table at Harrah’s. On Saturday, a man pointed a gun at a cashier at Ellis Island and demanded money. On Monday, a man jumped a counter at the SLS, grabbed cash and left the property in the northern end of the Strip.

Police do not believe the events are connected. Per policy, authorities do not release the amount of money or value of chips stolen, a move that in the past the department has justified arguing that it does not want to encourage other criminals to target the venues.

Security guards did not pursue the armed suspects, which Mehmet Erdem, an associate professor at the University of Nevada, Las Vegas, said has been a longstanding practice from casino operators.