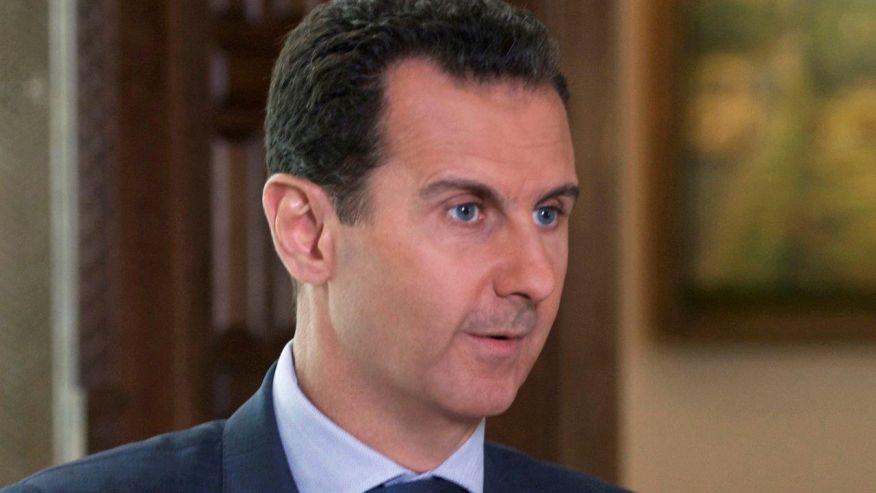 Syrian President Bashar Assad says President Trump has so far failed to show “anything concrete” toward his pledge to defeat the Islamic State terror group and calls U.S. forces inside his country “invaders.”

“We haven’t seen anything concrete yet regarding this rhetoric,” Assad said in an interview published Saturday. “We have hopes that this administration… is going to implement what we have heard.”

Trump won the presidency in large part on his promise to defeat ISIS. And upon taking office in late January, he ordered his top military leaders to present within 30 days a new draft plan to dismantle the terror group. However, it is unclear whether or not they have delivered a report to Trump.

Assad also said the U.S.-backed military effort against ISIS in Syria has so far amounted to “only a few raids” but “in theory” he remains optimistic about cooperation between his regime and the Trump administration, according to the roughly 27-minute interview the Syrian president did with Chinese TV station Phoenix, which was posted Saturday on Syria’s state-news agency SANA.

Many Republicans and military hawks were critical of former President Obama’s efforts on ISIS and his dealings with Assad, the target of a six-year civil war to topple his regime.

Such critics point out that Obama and his administration would not acknowledge “radical Islamic terrorism.” And they say Obama failed to follow through on a 2012 statement that Assad would cross a “red line” in using chemical weapons on civilians, after evidence of such attack later became apparent.