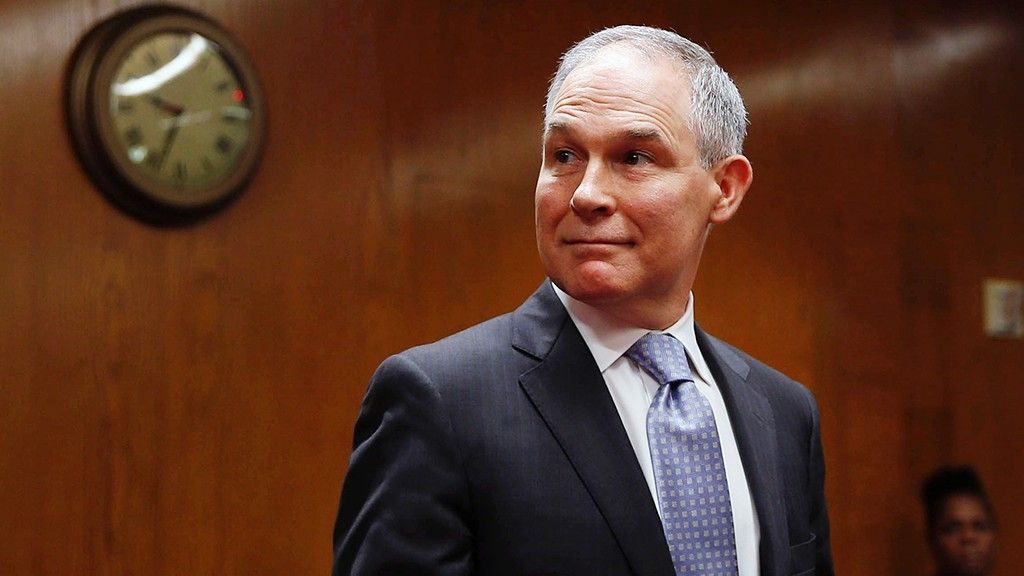 Scott Pruitt has resigned as head of the Environmental Protection Agency after a string of controversies involving his leadership, President Trump announced Thursday on Twitter.

“Within the Agency Scott has done an outstanding job, and I will always be thankful to him for this,” tweeted Trump, who added that EPA Deputy Administrator Andrew Wheeler would take over as acting administrator effective Monday.

“I have no doubt that Andy will continue on with our great and lasting EPA agenda,” Trump concluded. “We have made tremendous progress and the future of the EPA is very bright!”

In his resignation letter to Trump, Pruitt said: “It is extremely difficult for me to cease serving you in this role first because I count it a blessing to be serving you in any capacity, but also, because of the transformative work that is occurring.

“However, the unrelenting attacks on me personally [and] my family, are unprecedented and have taken a sizable toll on all of us,” Pruitt added.