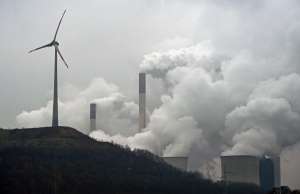 The Trump administration released a dire scientific report Friday detailing the growing threats of climate change. The report stands in stark contrast to the administration’s efforts to downplay humans’ role in global warming, withdraw from an international climate accord and reverse Obama-era policies aimed at curbing America’s greenhouse-gas output.

The White House did not seek to prevent the release of the government’s National Climate Assessment, which is mandated by law, despite the fact that its findings sharply contradict the administration’s policies. The report affirms that climate change is driven almost entirely by human action, warns of potential sea level rise as high as 8 feet by the year 2100, and enumerates myriad climate-related damages across the United States that are already occurring due to 1.8 degrees Fahrenheit of global warming since 1900.

“It is extremely likely that human influence has been the dominant cause of the observed warming since the mid-20th century,” the document reports. “For the warming over the last century, there is no convincing alternative explanation supported by the extent of the observational evidence.”

The report’s release underscores the extent to which the machinery of the federal scientific establishment, operating in multiple agencies across the government, continues to grind on even as top administration officials have minimized or disparaged its findings. Federal scientists have continued to author papers and issue reports on climate change, for example, even as political appointees have altered the wording of news releases or blocked civil servants from speaking about their conclusions in public forums. The climate assessment process is dictated by a 1990 law that Democratic and Republican administrations have followed.

Environmental Protection Agency Administrator Scott Pruitt, Energy Secretary Rick Perry and President Trump have all questioned the extent of humans’ contribution to climate change. One of EPA’s Web pages posted scientific conclusions similar to those in the new report until earlier this year, when Pruitt’s deputies ordered it removed.