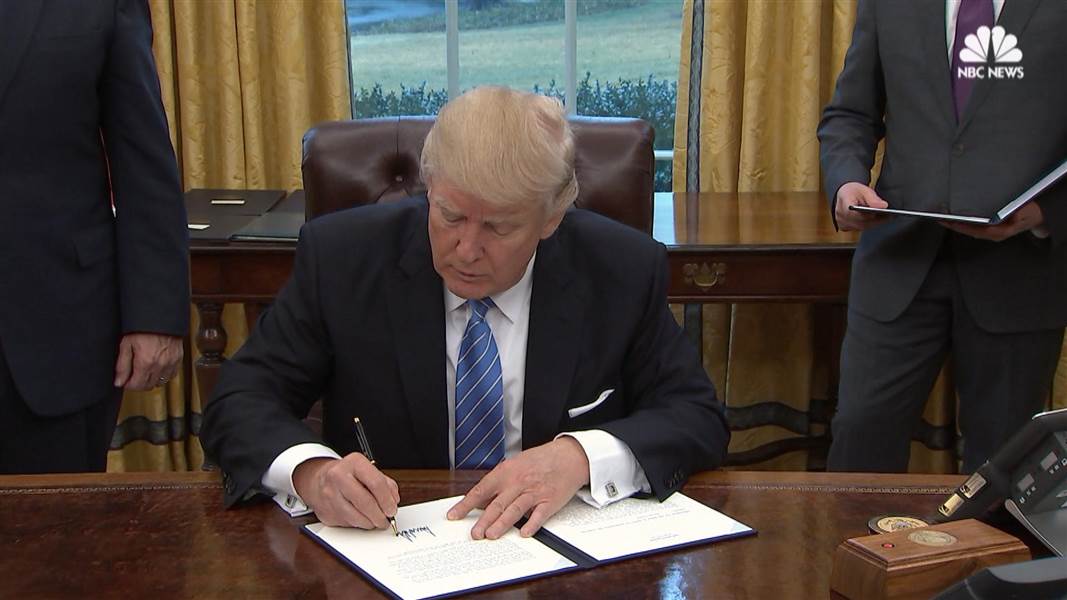 President Donald Trump announced a series of executive actions Monday focused on trade and the federal workforce, making good on a pair of his core campaign promises.

The actions, signed Monday at the White House, implement a federal employee hiring freeze, formally withdraw the U.S. from the Trans-Pacific Partnership trade deal and reinstate a GOP-backed policy regarding foreign aid and abortion funding.

A memorandum outlining the federal hiring freeze states that “no vacant positions existing at noon on January 22, 2017, may be filled and no new positions may be created, except in limited circumstances.”

Trump noted that his long-promised action to shrink the federal government would not apply to the American military.