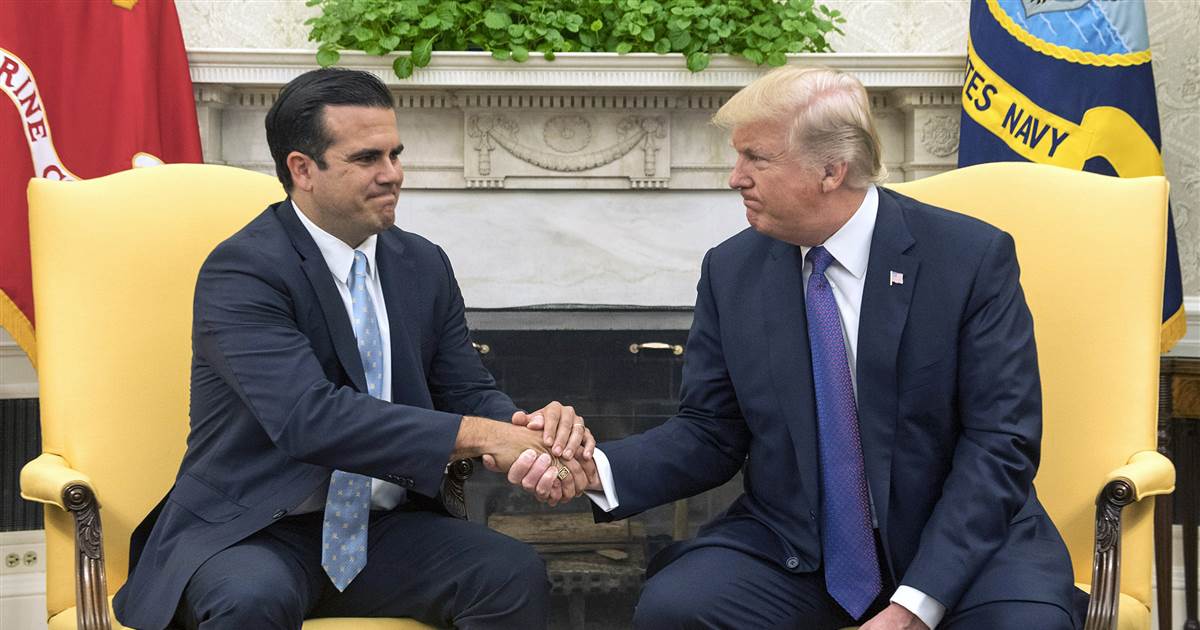 WASHINGTON — President Donald Trump on Thursday gave his administration a “10” for its response to Puerto Rico’s hurricane devastation, despite the widespread lack of electricity and drinkable water across the storm-ravaged island.

Asked by reporters how he would grade the federal government’s efforts after Hurricane Irma thrashed the island, Trump declared “I give ourselves a 10” and acknowledged it was a difficult the situation was for first responders.

Joined by Puerto Rico’s Governor, Ricardo Rossello, at the White House, Trump asked him if the federal government did “a great job” after the storm. Rossello responded: “You responded immediately, sir” but he also repeatedly mentioned that “there’s a lot left to do.”

“We have provided so much, so fast,” Trump said, praising his FEMA Director Brock Long, first responders and military officials on the ground.

The administration has been harshly criticized, however, for its slow response to the storm in the days immediately after the devastation.

Now, weeks later, Trump said the U.S. had an “obligation” to continue its commitment to helping Puerto Rico come back, but the president added that the time would eventually come when the federal government would have to pull out.