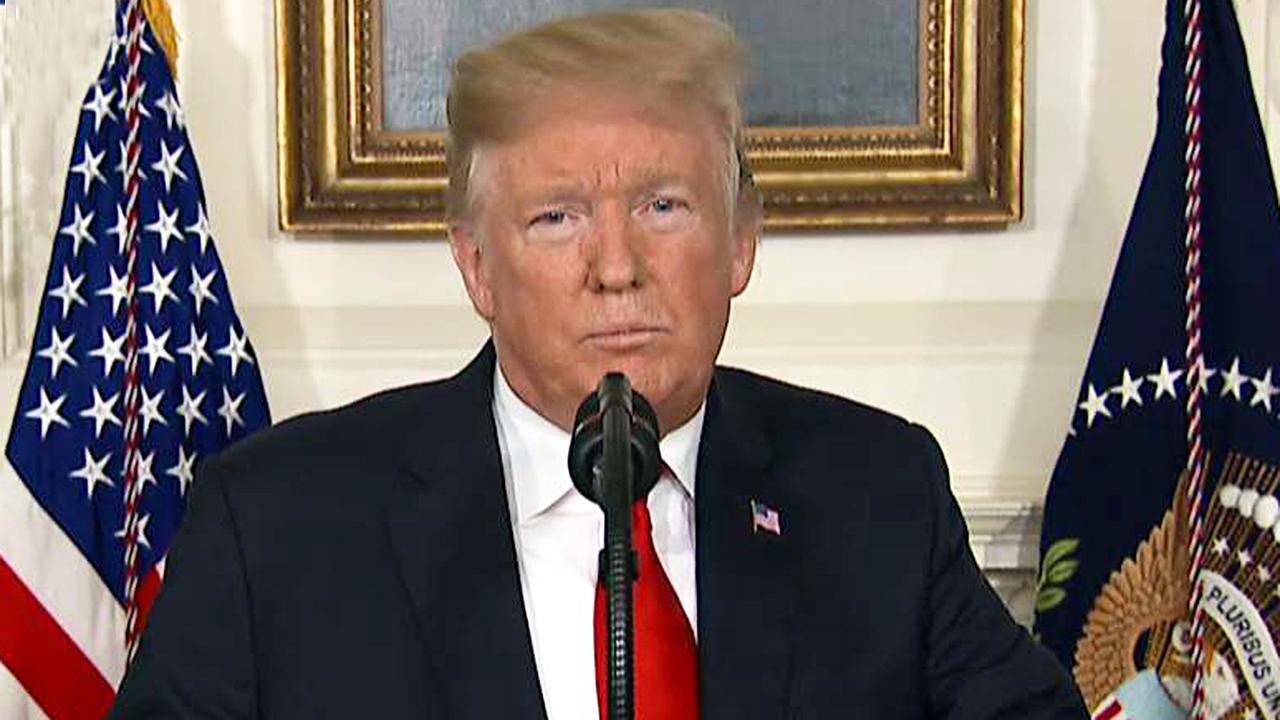 President Trump, in a televised White House address Saturday, offered Democrats a compromise package on immigration in an effort to end the nearly monthlong partial government shutdown — although some prominent Democrats were dismissing the olive branch as a “non-starter” before Trump even spoke.

Trump announced that he was prepared to back a three-year extension of protections for 700,000 immigrants who came to the country illegally as children and were shielded from deportation under the Obama-era Deferred Action for Childhood Arrivals (DACA) program. This, in exchange for the $5.7 billion he has requested for a barrier on the southern border with Mexico.

“Walls are not immoral,” he said, adding that a wall “will save many lives and stop drugs from pouring into our country.”