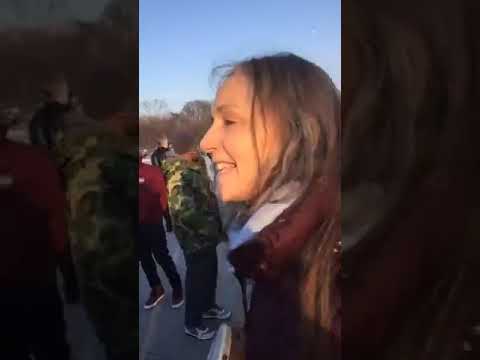 Just hours after a Catholic diocese in Kentucky threatened to expel several high school students accused of mocking Native Americans at a Washington rally in a viral video this week, new footage has emerged showing tension developing before the confrontation.

At one point, an off-camera voice was heard saying, “White people, go back to Europe where you came from,” as Nathan Phillips, a 64-year-old Native American man, stood inches away from the students, banging a drum. Then, apparently the same voice said, “This is not your land.” The full context of the quotes was unclear.

The run-up to the viral clip also appeared to show additional loud chanting from the students. An apparently unedited, nearly two-hour-long full video surfaced over the weekend.