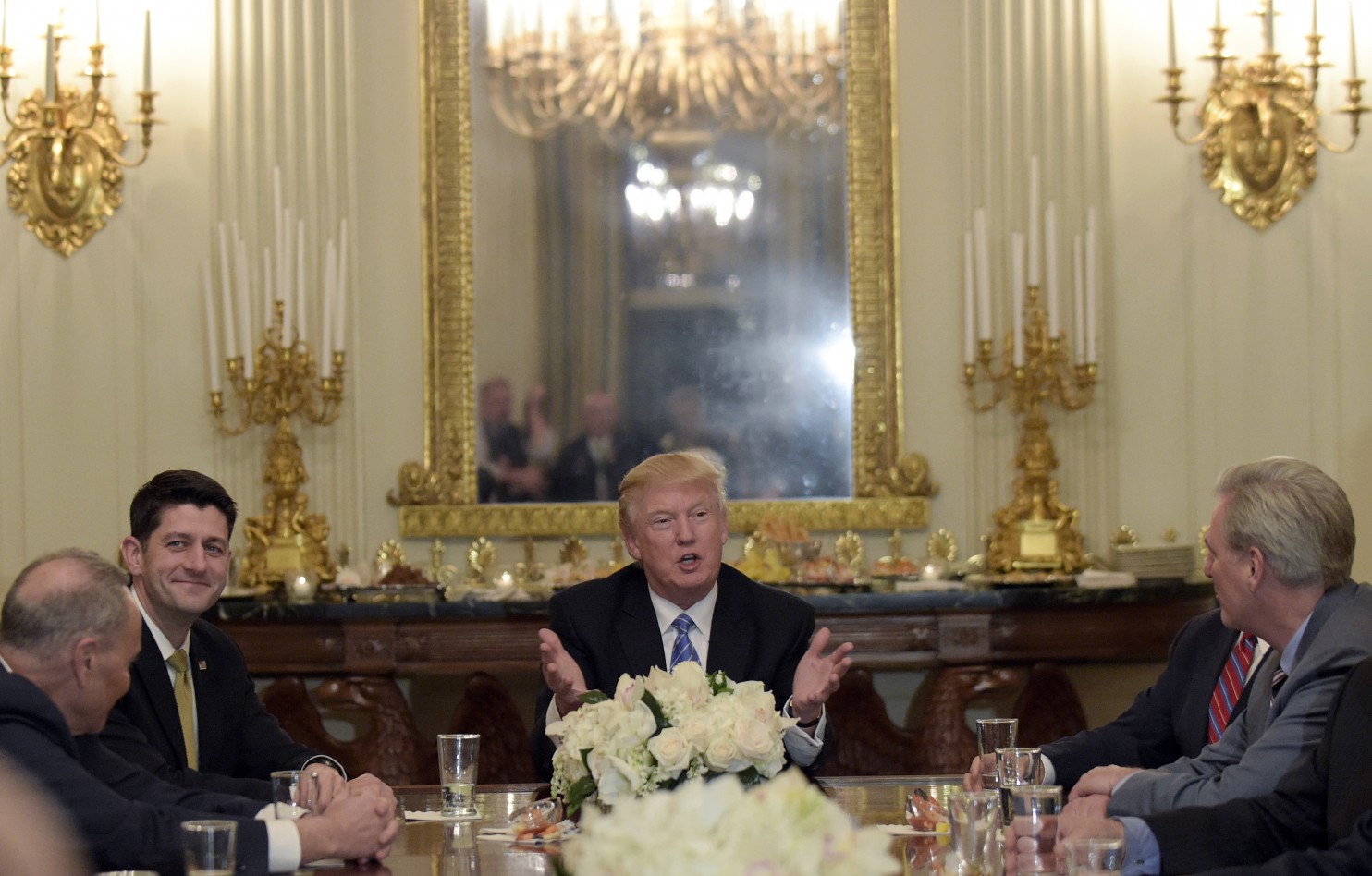 Days after being sworn in, President Trump insisted to congressional leaders invited to a reception at the White House that he would have won the popular vote had it not been for millions of illegal votes, according to people familiar with the meeting.

Trump has repeatedly claimed, without evidence, that widespread voter fraud caused him to lose the popular vote to Hillary Clinton, even while he clinched the presidency with an electoral college victory.

Two people familiar with the meeting said Trump spent about 10 minutes at the start of the bipartisan gathering rehashing the campaign. He also told them that between 3 million and 5 million illegal votes caused him to lose the popular vote.

The discussion about Trump’s election victory and his claim that he would have won the popular vote was confirmed by a third person familiar with the meeting.

The claim is not supported by any verifiable facts, and analyses of the election found virtually no confirmed cases of voter fraud, let alone millions.