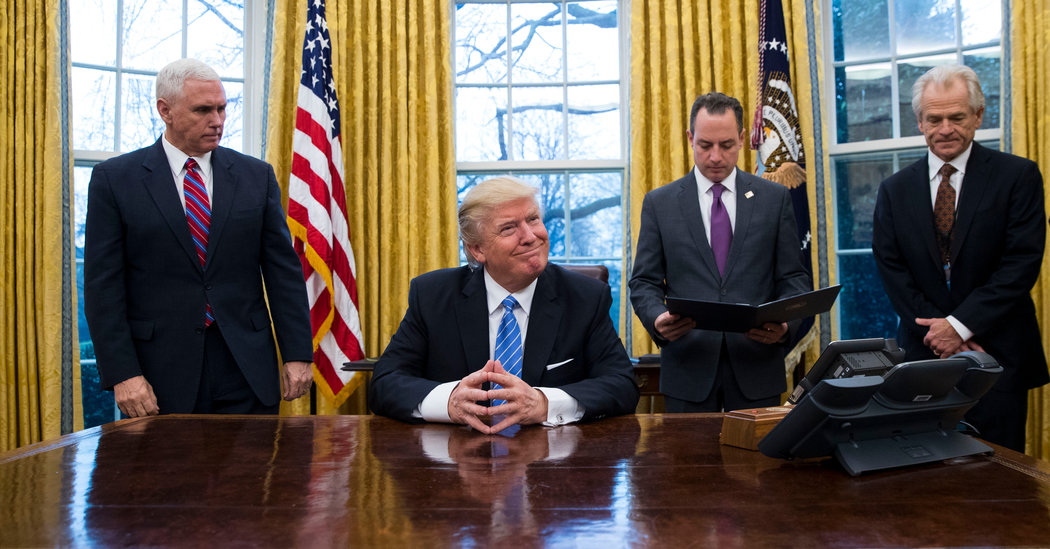 WASHINGTON — President Donald Trump will begin rolling out executive actions on immigration Wednesday, beginning with steps to build his proposed wall along the U.S.-Mexico border, according to two administration officials. He’s also expected to target so-called sanctuary cities and is reviewing proposals that would restrict the flow of refugees to the United States.

The president is expected to sign the first actions — including the measure to jumpstart construction of the wall — Wednesday during a trip to the Department of Homeland Security. Additional actions will be rolled out over the next few days, according to one official.

Trump is said to still be weighing the details of plans to restrict refugees coming to the U.S. The current proposal includes at least a four-month halt on all refugee admissions, as well as temporary ban on people coming from some Muslim majority countries, according to a representative of a public policy organization that monitors refugee issues. The person was briefed on the details of that proposed action by a government official and outlined the expected steps for The Associated Press.

On his personal Twitter account Tuesday night, Trump tweeted: “Big day planned on NATIONAL SECURITY tomorrow. Among many other things, we will build the wall!”