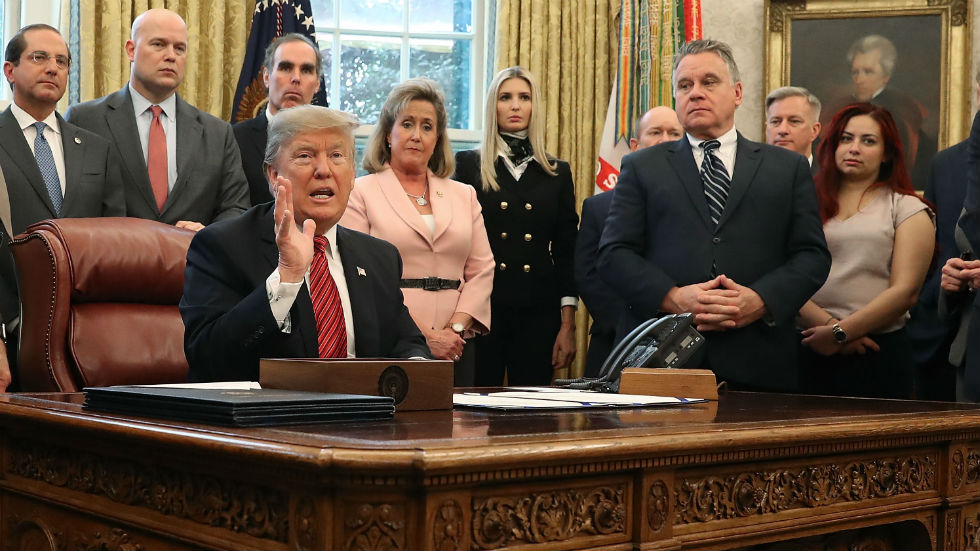 President Trump on Wednesday said he may declare a national emergency to circumvent Congress and build a border wall if spending talks fail, raising the stakes for negotiations set to resume later in the day.

“I think we might work a deal, and if we don’t we might go that route,” Trump told reporters during a bill signing in the Oval Office.

The president said he has the “absolute right” to declare an emergency, even though some legal scholars and Democratic lawmakers say he does not.

Trump added that his “threshold” for declaring a national emergency is if he cannot reach a deal with congressional Democrats, who have rejected his demand for $5.7 billion for a wall along the U.S.-Mexico