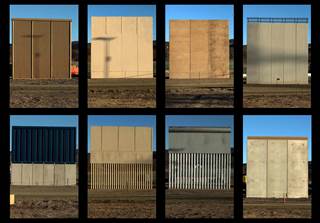 President Trump walked out of a White House meeting with congressional leaders Wednesday afternoon over the partial government shutdown after House Speaker Nancy Pelosi again rejected supporting new funding for a border wall, according to those in the meeting.

Speaking to reporters after the brief session, New York Democratic Sen. Chuck Schumer, the Senate minority leader, said the “president just got up and walked out.”

The president, in a tweet, called the meeting “a total waste of time” and appeared to confirm that he left after Pelosi’s answer.

Pelosi said after the meeting that the president was “petulant.” Schumer said Trump slammed his hand on a table in frustration, but Vice President Mike Pence and other Republicans, speaking to reporters afterward, denied that happened.