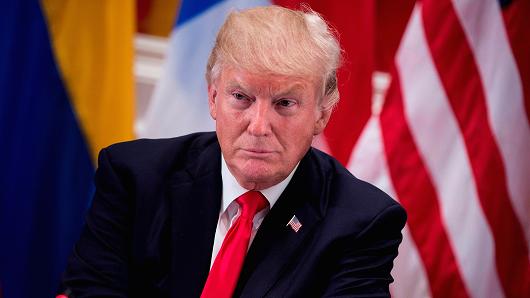 Trump waded into a simmering debate on sports and free speech after he appeared to withdraw an invitation for the Warriors to visit the White House, and said National Football League (NFL) owners should fire players who openly protest by taking a knee on the field.

Trump’s remarks stirred an already thorny national conversation about the dividing lines between politics, sports and race relations, with a number of sports figures using their celebrity to advance social justice causes. At a rally in Alabama on Friday, Trump sparked a firestorm on social media by suggesting NFL players who kneel during the national anthem should be fired by owners, and in doing so used salty language.

Although the Warriors have not yet received a formal invitation to the White House, Trump’s post on Twitter came just a day after NBA All-Star Stephen Curry ruled out accepting it. Back in February, Curry burned Trump after the CEO of UnderArmour said having a pro-business president was an “asset” for the country.

Traditionally, championship-winning sports teams are asked to visit 1600 Pennsylvania Avenue for a photo-op with the president. In a series of early morning Twitter posts on Saturday, Trump called a visit to the White House “a great honor,” and admonished Curry for his resistance.

It wasn’t immediately clear whether the president was rescinding the invite for the entire Golden State Warriors team, or Curry specifically.