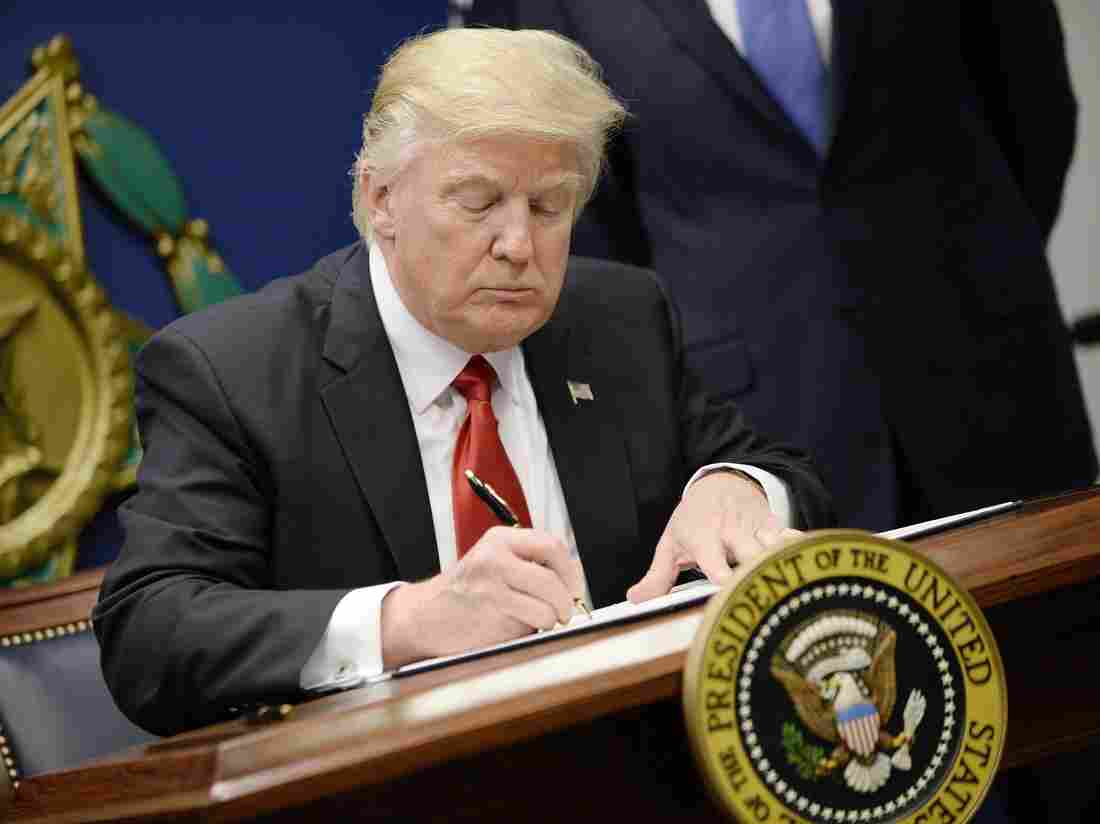 Even as President Trump takes steps to restrict visitors from some majority-Muslim countries, he and his family continue to do business in some of the others.

Ethics experts question whether that might indicate conflicts between Trump’s business interests and his role as U.S. president.

The executive action, “Protecting The Nation From Foreign Terrorist Entry Into The United States,” targets seven nations: Iran, Iraq, Libya, Somalia, Sudan, Syria and Yemen. Trump has no business interests in those countries.

One other thing they have in common, as NPR’s Greg Myre writes: “No Muslim extremist from any of these places has carried out a fatal attack in the U.S. in more than two decades.”

The 19 terrorists in the Sept. 11 attacks were from Saudi Arabia, Egypt, Lebanon and the United Arab Emirates, Myre points out. They are among the Muslim-majority countries not affected by Trump’s immigration freeze, but where Trump does business.

He has significant commercial interests in Turkey and Azerbaijan, is developing properties in Indonesia and Dubai, and has formed companies in Egypt and Saudi Arabia. His daughter Ivanka said in 2015 that the company was looking at “multiple opportunities in Dubai, Abu Dhabi, Qatar, Saudi Arabia — the four areas where we are seeing the most interest.”

Critics said it appears that Trump is picking favorites, overlooking terrorist links in countries such as Saudi Arabia and Turkey that have their own history of terrorism.