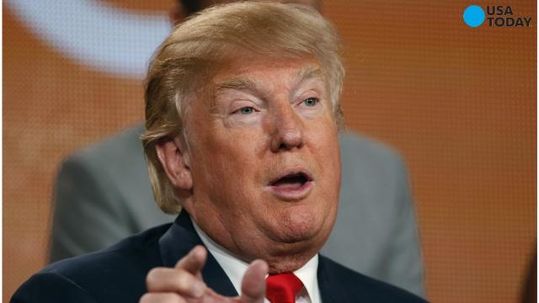 Despite being the president-elect, Donald Trump is not getting fired from his spot as the executive producer of NBC’s Celebrity Apprentice.

Early next year the Celebrity Apprentice will return with a new host, Arnold Schwarzenegger, but Trump likely won’t be entirely uninvolved.

Kellyanne Conway told CNN on Friday that “presidents have a right to do things in their spare time.”

“He’s a very transparent guy. Everyone can see what he’s doing, and the fact is that he is conferring with all types of experts to tell him what is allowed to do and not do as the President of the United States,” Trump’s former campaign manger and current adviser told CNN. “If this is one of the approved activities, then perhaps he will consider staying on.”

According to Variety, which first reported the news, the confirmation that Trump would remain one of multiple executive producers came from MGM, which owns the Apprentice franchise. It is not clear what Trump’s exact role as executive producer will be, as the role can range widely. Some executive producers are given the title but do not have to actively work on the project.