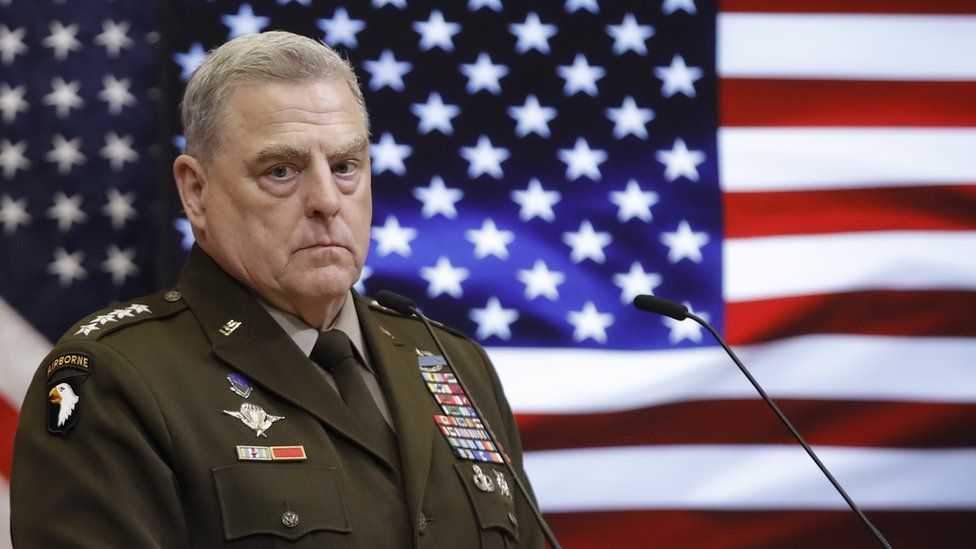 China is clearly developing the capability to attack at some point, but deciding to do so would be a political choice, Gen Mark Milley told the BBC.

China says Taiwan is a breakaway province that must be re-unified with the mainland, by force if necessary.

It has accused the US of supporting Taiwan’s independence, and vowed to “resolutely crush” any such attempt.

There has been a marked escalation recently between China and the US – Taiwan’s most powerful ally.

China has been sending scores of warplanes into Taiwan’s air defence zone, while the US has sent naval ships through Taiwan’s waters.