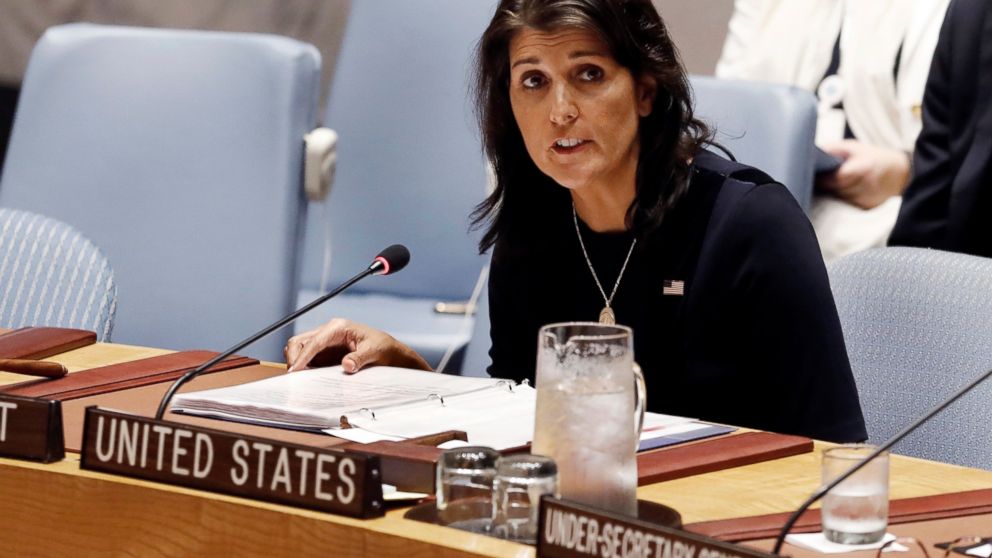 The United States and Russia clashed Monday over enforcing U.N. sanctions against North Korea, with the U.S. ambassador accusing Moscow of “cheating” and Russia’s envoy accusing Washington of “political ill-intent.”

The acrimonious meeting of the Security Council was called by U.S. Ambassador Nikki Haley, who accused Russia of pressuring independent U.N. experts to alter a report on implementation of sanctions against North Korea that she said contained “evidence of multiple Russian sanctions violations.”

The sharp disagreement marked a rare break in what has been a united response by the U.N.’s most powerful body to North Korea’s escalating nuclear and ballistic missile programs. It has imposed increasingly tough sanctions against Pyongyang.

Haley said Russia’s violations are “systematic,” including ship-to-ship transfers of banned items, mainly oil but increasingly coal and other goods. She accused Moscow of trying to cover up violations “whether they’re committed by Russia or citizens of other states.”