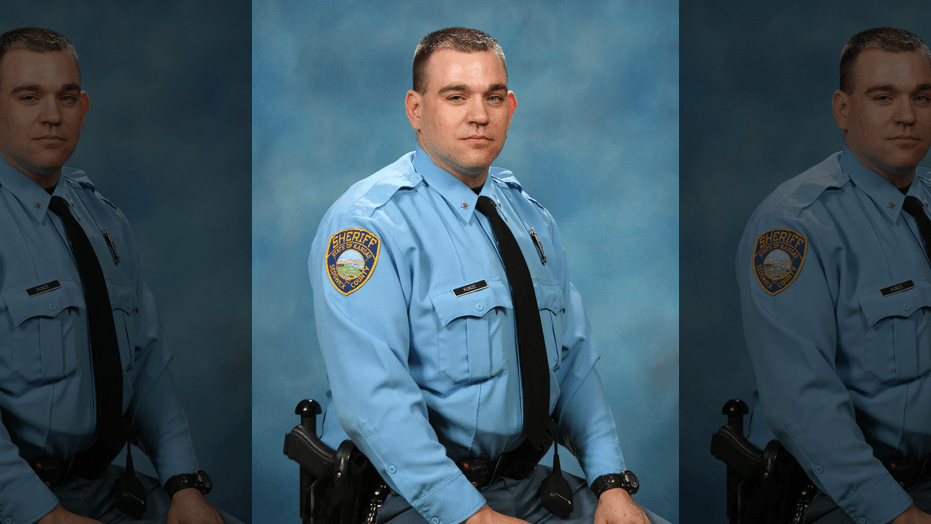 WICHITA, Kan. –  A Kansas sheriff’s deputy and a suspect were killed after a fight broke out as the suspect was being arrested in a rural area of Wichita, authorities say.

Sedgwick County Sheriff Jeff Easter said Deputy Robert Kunze was shot Sunday afternoon after receiving a call about a black truck that had been stolen.

When Kunze arrived at the scene about 20 miles (32 kilometers) west of downtown Wichita, he found the hood open on the black vehicle. Easter says Kunze patted down the suspect’s waistband and found a 40-caliber handgun. The gun was placed away from the two of them, but a fight ensued when Kunze tried to handcuff the suspect, The Wichita Eagle r eports.

Easter says Kunze’s service weapon was discharged, but investigators don’t know if the suspect’s handgun was fired too. Kunze was able to use the emergency button on his portable radio to summon help. Another deputy arrived about a minute later, and two witnesses hiding nearby said shots had been fired. The deputy found Kunze and the suspect on the ground. A 40-caliber handgun was found next to the suspect, whose name hasn’t been released.