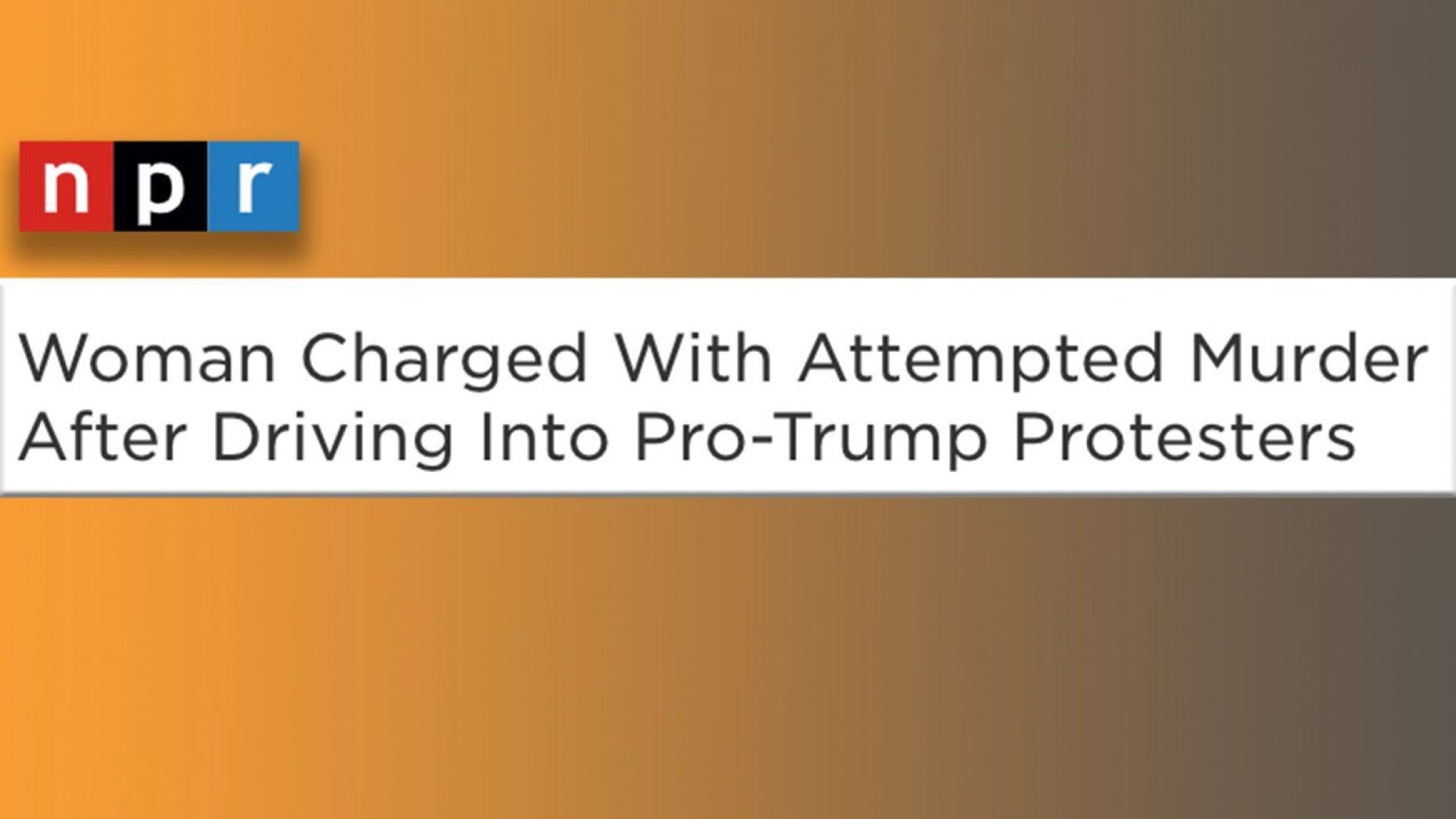 The New York Times and NPR covered the same story on Sunday when a liberal activist was caught on video plowing a car through a group of Trump supporters, but the liberal newspaper omitted a key detail that NPR and other outlets managed to divulge.

Tatiana Turner was charged with attempted murder and assault with a deadly weapon after she allegedly tried to plow through a group of pro-Trump demonstrators.

“A prolonged confrontation between Black Lives Matter and pro-Trump demonstrators outside Los Angeles turned violent Saturday, as someone drove a car through the pro-Trump group. The driver has been charged with attempted murder and assault with a deadly weapon,” NPR’s Matthews Schwartz wrote. “Police say the driver in Saturday’s incident was a member of the so-called ‘Caravan for Justice,’ which organized the Black Lives Matter protest.”

Over at the Gray Lady, the same story had a remarkably different framing.

“A woman was charged with attempted murder after the car she was driving struck two people during a demonstration for racial justice in California that clashed with a counterprotest on Saturday, the authorities said,” Times reporter Marie Fazio wrote without ever mentioning that Turner targeted Trump supporters.