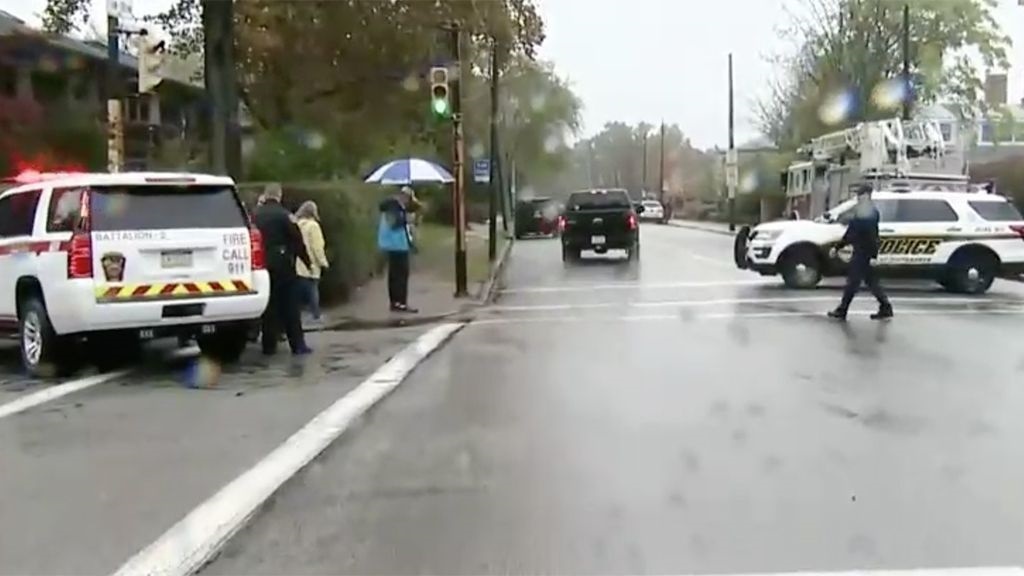 Pittsburgh Public Safety Director Wendell Hissrich said police were dispatched to Tree of Life Synagogue at 9:55 a.m. after receiving calls that there was an active-shooter situation at the scene, in the city’s predominantly Jewish Squirrel Hill neighborhood.

In all, he confirmed, 11 people died, though none of them were children. As for the injury tally, he said it did not include the shooter, who was taken to the hospital after being taken into custody.

Multiple law enforcement officials identified the suspect in the shooting as Robert Bowers, 48.

Police Chief Scott Schubert said that two police officers were hit during initial contact with the shooter and that two SWAT team members were also struck “during an engagement inside the building.” He confirmed that all four law enforcement officials are in stable condition.