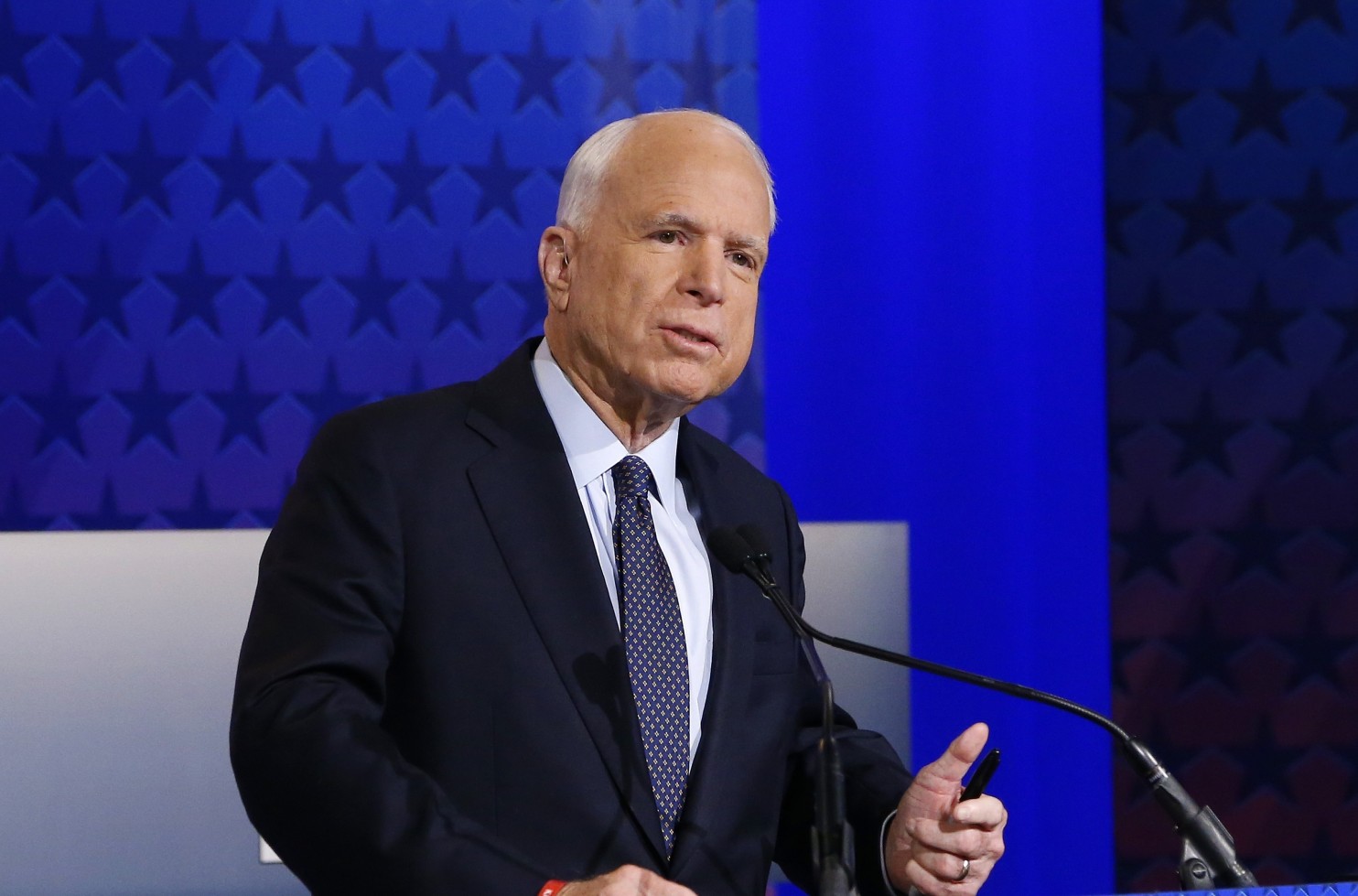 McCain is one of several top lawmakers in Congress to call on Trump to provide evidence of his unsubstantiated claim that Obama ordered Trump’s communications monitored. The senator’s call for more information follows a request from two leading members of the Senate Judiciary Committee for “copies of any warrant applications and court orders — redacted as necessary … related to wiretaps of President Trump, the Trump Campaign, or Trump Tower.”

Sens. Lindsey O. Graham (R-S.C.) and Sheldon Whitehouse (D-R.I.) formally requested the information last week in a letter to FBI Director James B. Comey and acting deputy attorney general Dana Boente. Trump administration officials have not provided any evidence to back up the president’s claim from earlier this month.

Terrible! Just found out that Obama had my “wires tapped” in Trump Tower just before the victory. Nothing found. This is McCarthyism!

Is it legal for a sitting President to be “wire tapping” a race for president prior to an election? Turned down by court earlier. A NEW LOW!

“If the allegation is left out there, it undermines the confidence the American people have in the entire way that the government does business,” McCain said.