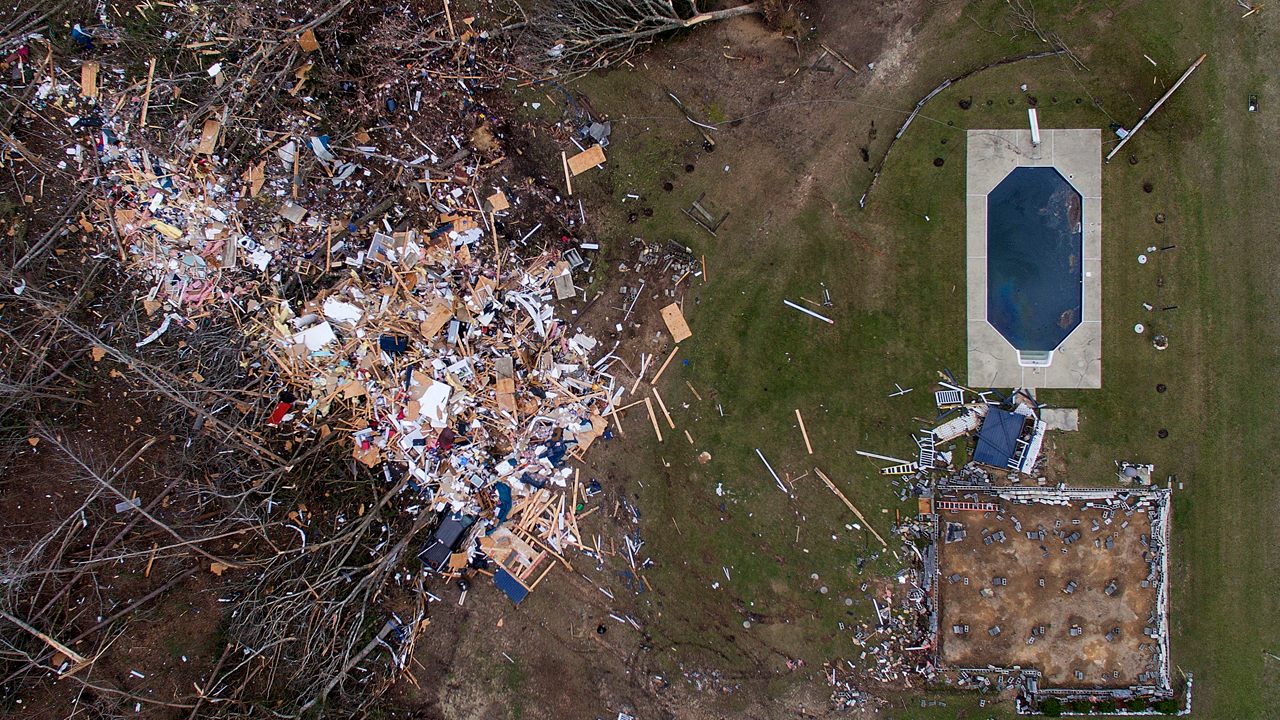 Search and rescue teams in Alabama are using dogs and heat-detecting drones to search for victims of the deadly tornado that tore through the southeastern part of the state, as new drone video and photos show the scale of the devastation.

Lee County Sheriff Jay Jones said Tuesday at a news conference at least 23 people were killed and 90 were injured when the giant EF4 twister with 170 mph winds hit the rural community of Beauregard, and seven or eight people are still missing.

The death toll has not yet climbed from 23 as of Tuesday morning, according to Lee County Coroner Bill Harris. All 23 victims have been identified, and range in age from 6 to 93-years-old. One family lost at least seven people, according to Harris.