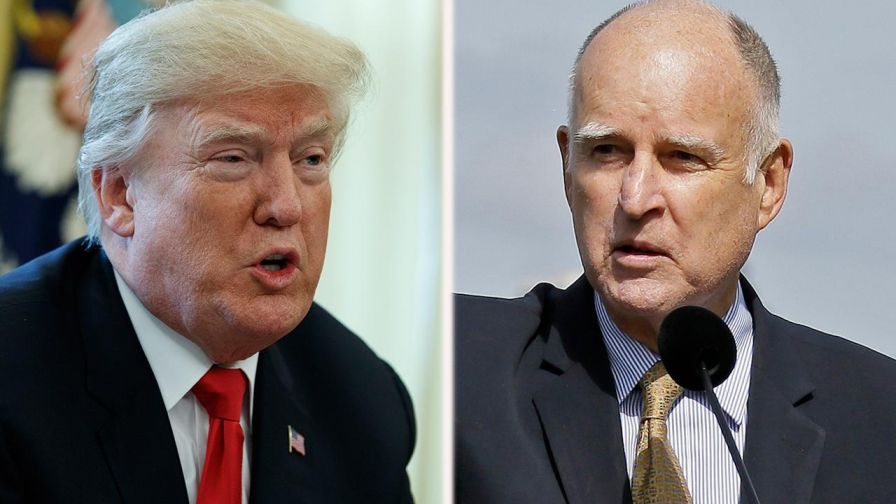 The president referred to Brown as “Moonbeam,” a nickname he was given in the late 1970s during his first time as governor for proposing a California space academy and later adopting a plan to launch and orbit a satellite for emergency communications.

“Governor Jerry ‘Moonbeam’ Brown pardoned 5 criminal illegal aliens whose crimes include (1) Kidnapping and Robbery (2) Badly beating wife and threatening a crime with intent to terrorize (3) Dealing drugs. Is this really what the great people of California want? @FoxNews,” tweeted Trump.