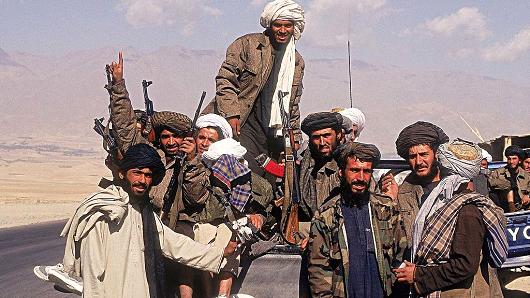 “The Islamic Emirate of Afghanistan directs all its Mujahideen to help in the security of all national projects that are in the higher interest of Islam and the country,” the Taliban announced on Nov. 29, adding that a massive copper mine called Mes Aynak is among the sites it is “committed to safeguarding.”

Mes Aynak was signed over to China’s state-owned Metallurgical Group Corporation in 2008.

Speaking to CNBC on Friday, the Afghan government dismissed the Taliban’s announcement.

“The Taliban never protects projects, and it isn’t their job. There is no stake for a terrorist group in the [national] projects,” said Javid Faisal, a spokesman for Afghanistan Chief Executive Abdullah Abdullah. Over the last 15 years, he noted, the Taliban have “attacked highways, destroyed bridges, burned schools, clinics, and universities.”

The Mes Aynak copper mine is north of Kabul and is protected by a security unit under the Afghan Ministry of Interior. The Taliban killed eight Afghan workers near Mes Aynak in June 2014.