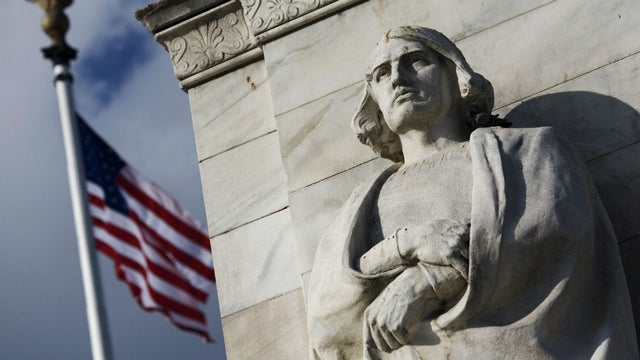 A Christopher Columbus statue in Rhode Island was found vandalized with red paint on Columbus Day, days after a similar incident in San Francisco in protest of the federal holiday.

The statue in Providence was covered in paint, with the word “genocide” on it, and was accompanied by a sign saying “stop celebrating genocide,” CNN reported.