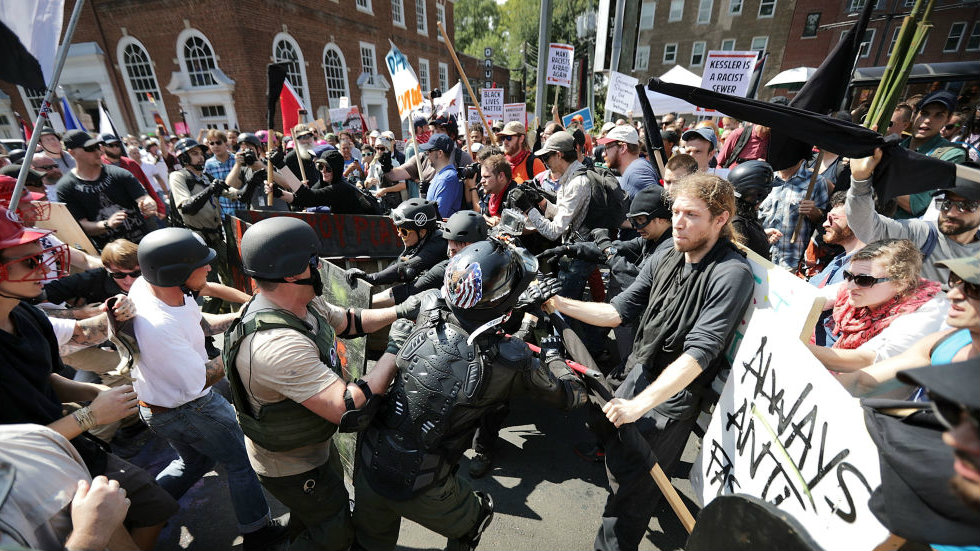 Officials in Washington, D.C., are implementing tight security measures in anticipation of Sunday’s “Unite the Right 2” rally and ensuing counter-protests marking the one-year anniversary of a deadly white nationalist gathering in Charlottesville, Va.

D.C. Police chief Peter Newsham and Mayor Muriel Bowser (D) on Thursday announced the measures including banning guns from the rallies — even for gun owners with legal permits — and separating protesters and counter-protesters.

“The rules are pretty simple,” Newsham said. “Don’t hurt anyone and don’t break anything.”

“We have people coming to our city for the sole purpose of spewing hate. We denounce hate, we denounce anti-Semitism, and we denounce the rhetoric we expect to hear this Sunday,” she said at a local synagogue.