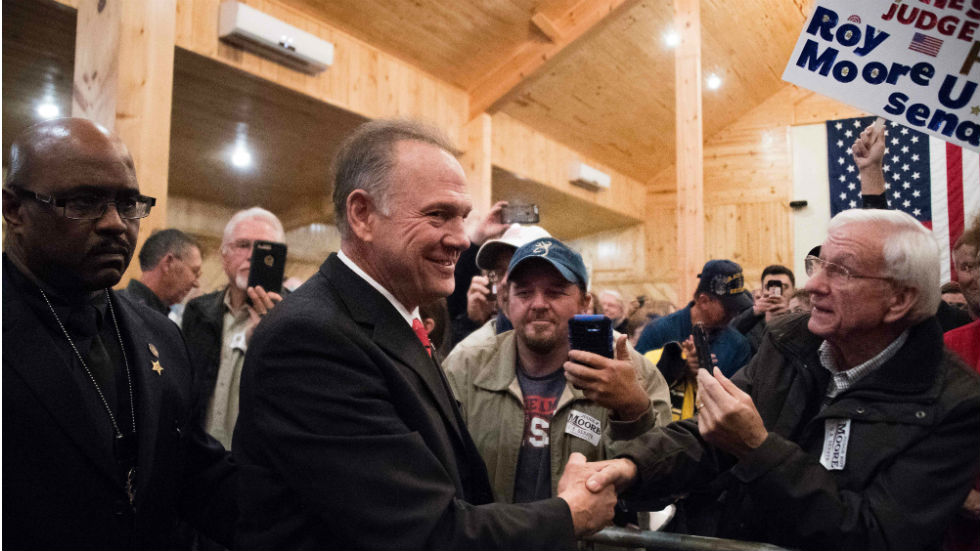 An Alabama protester outside a rally for Republican Roy Moore is slamming the Senate candidate over his rhetoric targeting homosexuals, holding a sign saying that Moore’s own alleged encounters with teenage girls made him “a pervert of the worst kind.”

William Nathan Mathis, a 74-year-old peanut farmer, told reporters Monday that his daughter, who was gay, committed suicide in 1995, and that he had shown up at Moore’s rally to speak out against his anti-gay rhetoric.

“Judge Roy Moore called my daughter Patti Sue Mathis a pervert because she was gay,” Mathis’s sign read. “A 32-year old Roy Moore dated teenage girls ages 14 to 17. So that makes him a pervert of the worst kind.”

According to The New York Times, Mathis acknowledged that he had been “anti-gay” and that he regretted certain “bad things” he said to his daughter, who was 23 when she died.

But he said that he felt that he had a responsibility to stand up in opposition to Moore, who has said that homosexual conduct should be illegal and has described it as “an inherent evil.”

“How is my daughter a pervert just because she is gay?” he asked reporters. “I don’t know what I will accomplish. I really don’t. I had mixed emotions about coming. But somebody needs to speak up, and if it is all to no avail, so be it.”