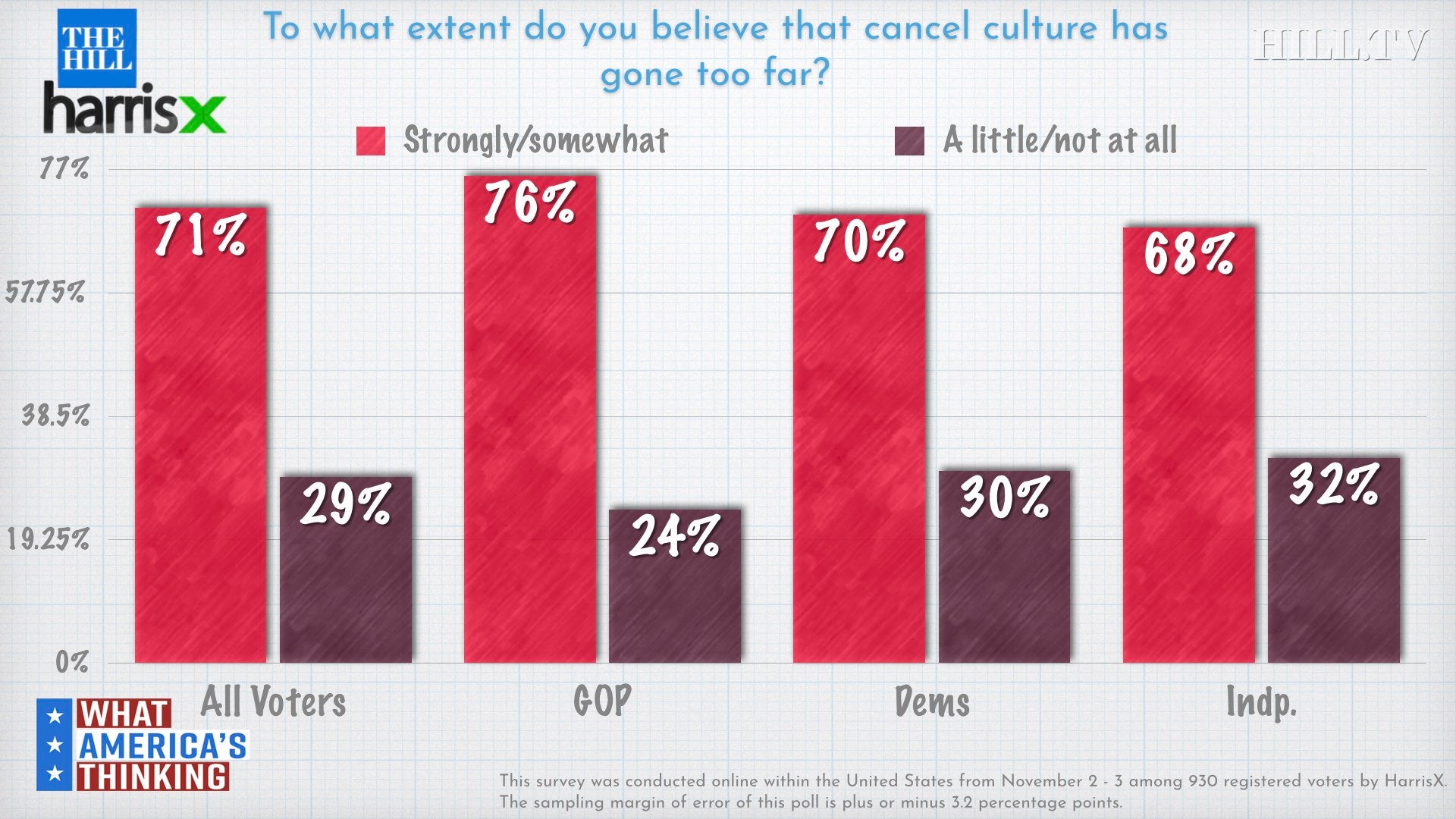 Seventy-one percent of registered voters said they strongly or somewhat believe that cancel culture has gone too far.

By contrast, 29 percent of respondents said they believe a little or not at all.

The Hill-HarrisX poll used the Merriam-Webster definition to define cancel culture: Cancel culture is defined as “the practice or tendency of engaging in mass canceling as a way of expressing disapproval and exerting social pressure.”

Seventy-six percent of Republicans, 70 percent of Democrats, and 68 percent of independents said they either strongly or somewhat agree cancel culture has gone too far.