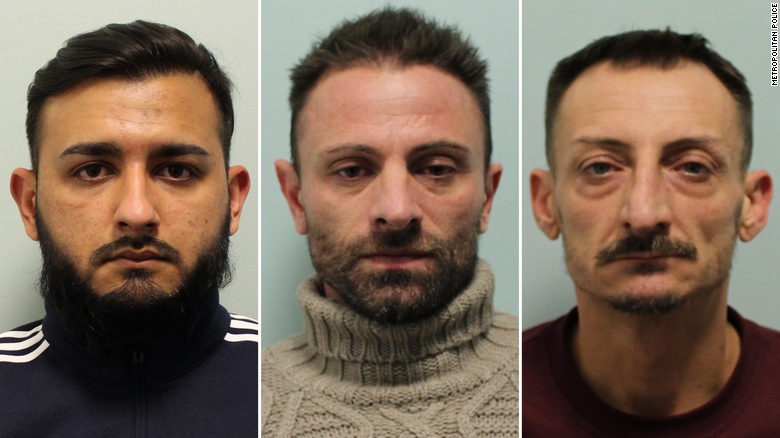 A gang of jewelery thieves have been jailed for a string of burglaries on the homes of celebrities, where they made away with £26 million ($34.9 million) worth of luxury stolen goods.

Jugoslav Jovanovic, Alessandro Donati and Alessandro Maltese targeted high profile figures, including soccer manager and former England player Frank Lampard, television presenter Christine Lampard, Formula 1 heiress Tamara Ecclestone and the late chairman of the Leicester City soccer club, Vichai Srivaddhanaprabha.
Police described the thefts as the “highest value series of residential burglaries in UK history.” The men were sentenced to lengthy jail terms on Monday after being convicted at an earlier hearing.
The trio, from Milan, Italy, flew into the UK just days before committing their first burglary, where they stole items worth about £60,000 ($80,600) at an address in the upmarket London borough of Kensington and Chelsea on 1 December 2019, according to London’s Metropolitan Police.
Days later on December 10 they stole £1 million ($1.34 million) of watches and cash from an address in Knightsbridge.
They then targeted a house on Palace Green, where they grabbed items worth more than £26 million, including diamonds, precious stones, watches and cash.