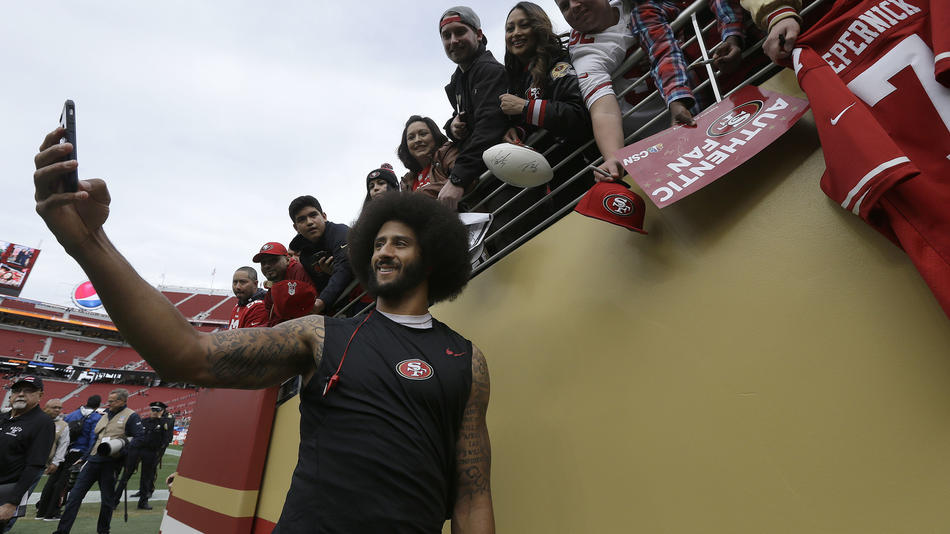 After standing by proudly but quietly as their son continued to protest the national anthem and draw intense criticism, the parents of Colin Kaepernick finally decided to talk about his decision and beliefs.

“Colin is carrying a heavy load and following a difficult path that he truly believes in. He is putting his entire future and possibly his life on the line for those beliefs,” Teresa and Rick Kaepernick wrote in a statement released to The Undefeated. “As his parents, it pains us to read articles and tweets saying that his family does not support him; this could not be further from the truth. We want people to know that we are very proud of our son and admire his strength and courage in kneeling for the rights of others.”

Earlier in the season, Teresa Kaepernick had said that “it’s not in our best interest or Colin’s best interest” to comment, but that was before virtually everyone had weighed in and Kaepernick had received death threats for taking a knee during “The Star-Spangled Banner” in an effort to protest police brutality.

During a ceremony last week on the 75th anniversary of the Pearl Harbor attacks, U.S. Pacific Commander Admiral Harry Harris criticized Kaepernick. “You can bet that the men and women we honor today – and those who died that fateful morning 75 years ago – never took a knee and never failed to stand whenever they heard our national anthem being played,” Harris said.