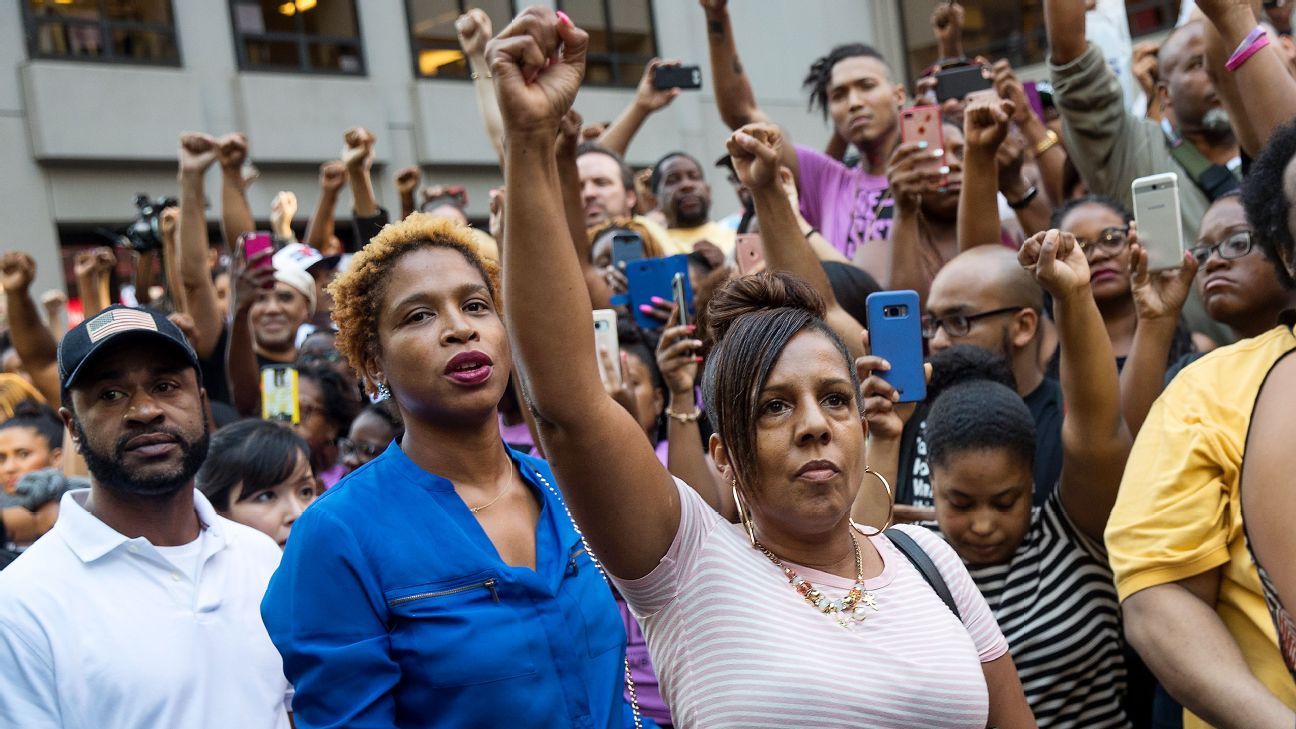 NEW YORK — Supporters of former San Francisco 49ers quarterback Colin Kaepernick, who refused to stand for the national anthem to protest police brutality against black people, showed their solidarity with him and his cause at a rally outside NFL headquarters Wednesday, demanding that he be signed by the start of the regular season next month.

But organizers are denied an audience with high-ranking NFL officials.

“I do not think he is done,” a head coach without a quarterback opening said. “I think he can still play.” A panel of NFL execs and coaches weigh in on Colin Kaepernick’s past, present and future.

Henry Aaron says Colin Kaepernick is “getting a raw deal,” while the NAACP has asked for a meeting with NFL commissioner Roger Goodell, saying it is “no sheer coincidence” that the former 49ers QB is still unsigned.

Kaepernick, who once took the 49ers to the Super Bowl, opted out of his contract with the team in March and remains unsigned. Supporters say he is being blackballed for his advocacy, but some critics say he should not have sat or kneeled during the anthem or contend his lack of a job is more about his on-field talent. Kaepernick led the 49ers to a 3-16 record the past two seasons.