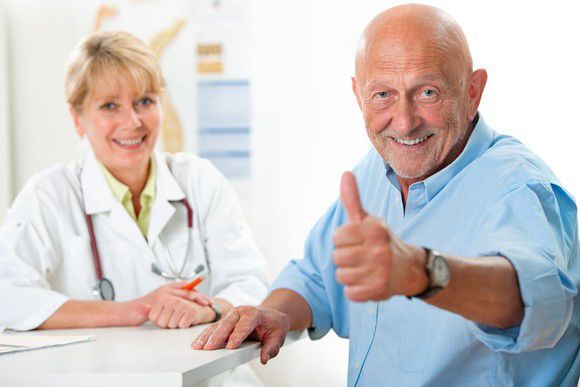 As of October 2016, there were more than 57 million enrollees in Medicare, roughly 18% of the U.S. population. The program will spend a projected $700 billion on benefit payments in 2017. Clearly, Medicare is a big deal, and if you’re not greatly benefiting from it now, you probably will in the future. So take some time to learn how to maximize your Medicare. Here are six ways.

You’re eligible for Medicare at age 65, and can sign up anytime within the three months leading up to your 65th birthday, during the month of your birthday, or within the three months that follow. If you fail to enroll during this seven-month period, you can always enroll during the “general enrollment period,” which is from Jan. 1 through March 31 of each year — but the Part B premiums (which cover medical services but not hospital services) that you’ll pay for the rest of your life can rise by 10% for each year that you were eligible for Medicare but didn’t enroll.

Fortunately, if you’re already receiving Social Security benefits when you turn 65, you’ll likely be automatically be enrolled in Medicare. Many people don’t start collecting Social Security that early, though, so stay on top of this. And even if you are already collecting benefits, be sure to double-check that you’ve been enrolled.

If you’re still working, with employer-provided healthcare coverage, at age 65, or are serving as a volunteer abroad, you can delay enrolling in Medicare without penalty.

You may not make the best Medicare decisions if you haven’t taken inventory of the drugs you take. Make a list of your prescriptions and have them ready when it’s time to compare plans and choose between them, as plans can vary when it comes to just which drugs are covered and how much you’ll have to pay for them. (Remember that just as there’s a penalty for enrolling late in Medicare, there’s also one for enrolling late in Part D prescription drug coverage.)

As a Medicare enrollee, you’ll need to choose a plan, and you have two main choices: “original” Medicare and a Medicare Advantage plan. Let’s review each.