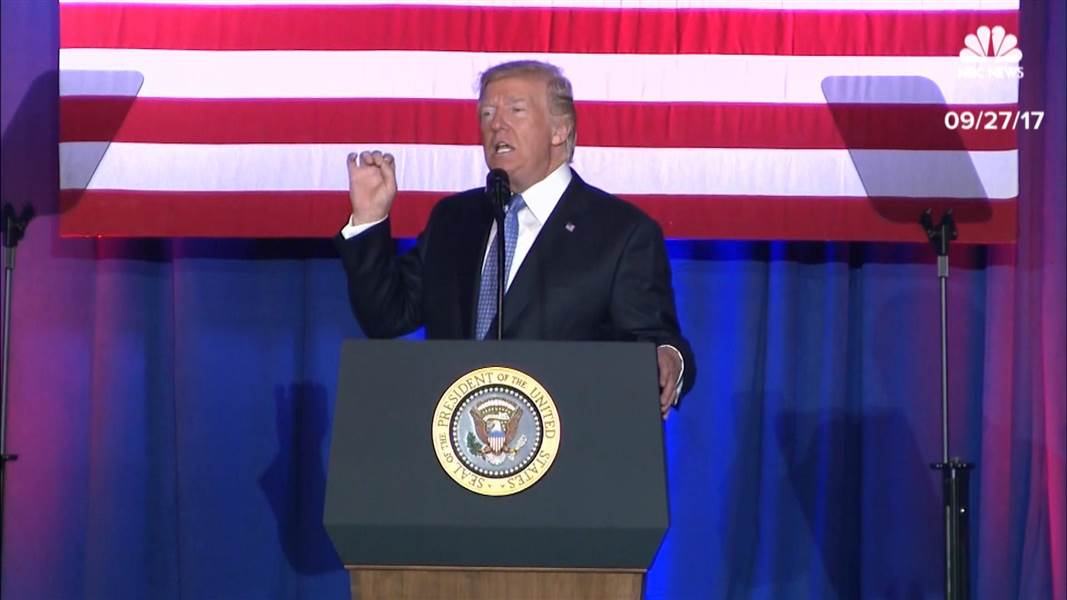 President Donald Trump has insisted, for months, that the Republican tax plan he supports won’t benefit him.

“It’s not good for me. Believe me,” he said at a Sept. 27 event in Indiana to sell the plan. “My plan is for the working people, and my plan is for jobs. I don’t benefit,” he also said that day.

And earlier this month, according to NBC News, Trump told a group of Democratic senators in a phone call, “My accountant called me and said ‘you’re going to get killed in this bill.’”

In fact, Trump and his heirs potentially could save more than $1 billion overall under the GOP tax proposal that the House of Representatives passed Thursday, with most of that amount coming from a repeal of the estate tax, according to an analysis NBC News commissioned of Trump’s one known 2005 tax return and his estimated net worth.

Trump would save more than $20 million himself, according to the analysis of how the legislation affects his 2005 tax return, and his heirs could potentially save $1.1 billion based on his reported wealth.

Unlike other past presidents and presidential nominees, Trump has refused to release his income taxes, saying that the federal government is auditing his returns. So it’s impossible to know, precisely, how the House bill would impact the president’s taxes.