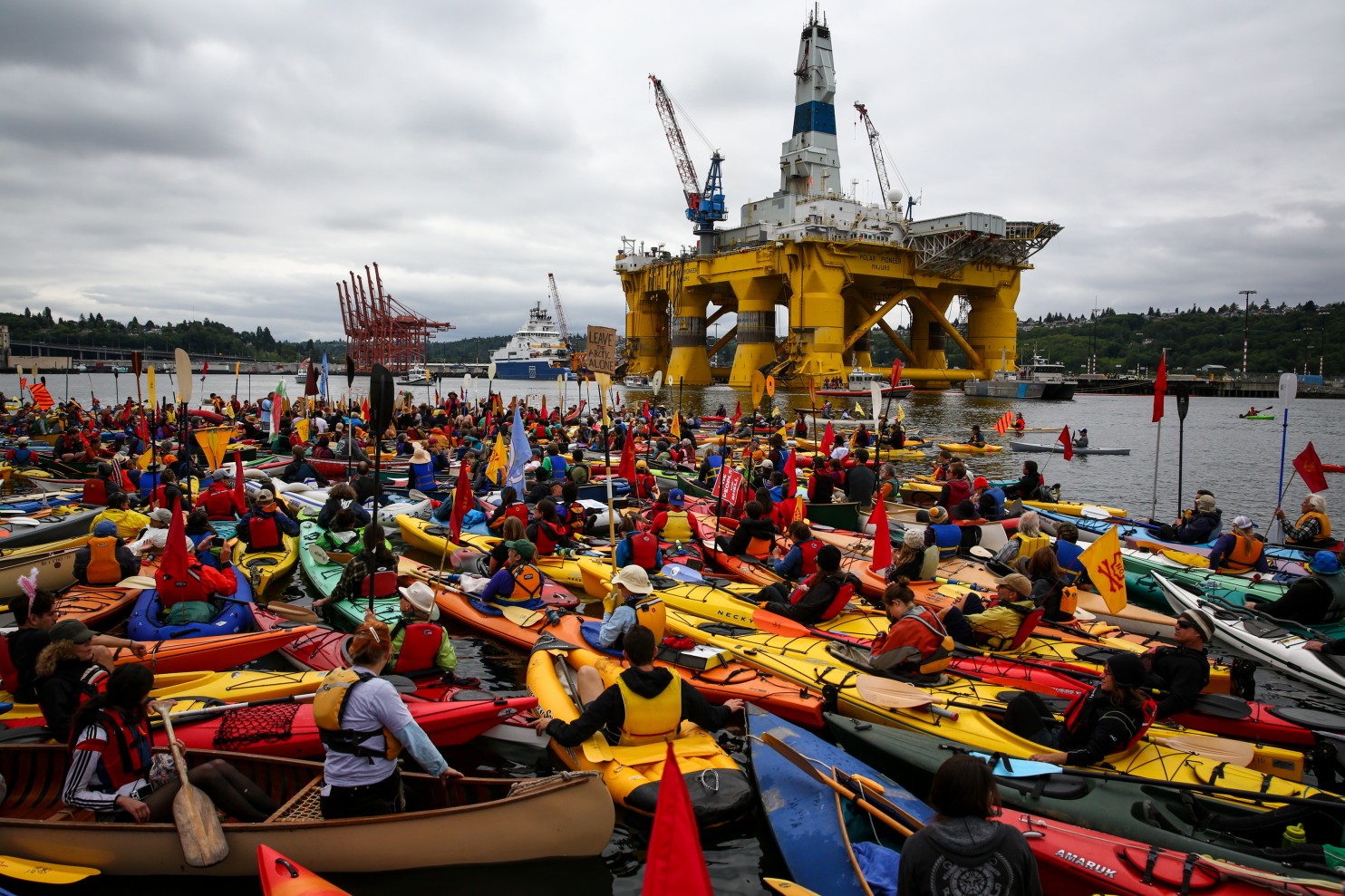 President Obama moved to solidify his environmental legacy Tuesday by withdrawing hundreds of millions of acres of federally owned land in the Arctic and Atlantic Ocean from new offshore oil and gas drilling.

Obama used a little-known law called the Outer Continental Shelf Lands Act to protect large portions of the Chukchi and Beaufort seas in the Arctic and a string of canyons in the Atlantic stretching from Massachusetts to Virginia. In addition to a five-year moratorium already in place in the Atlantic, removing the canyons from drilling puts much of the eastern seaboard off limits to oil exploration even if companies develop plans to operate around them.

The announcement by the White House late in the afternoon was coordinated with similar steps being taken by Canadian Prime Minister Justin Trudeau to shield large areas of that nation’s Arctic waters from drilling. Neither measure affects leases already held by oil and gas companies and drilling activity in state waters.

“These actions, and Canada’s parallel actions, protect a sensitive and unique ecosystem that is unlike any other region on earth,” the White House said in a statement. “They reflect the scientific assessment that, even with the high safety standards that both our countries have put in place, the risks of an oil spill in this region are significant and our ability to clean up from a spill in the region’s harsh conditions is limited.

White House officials described their actions to make the areas off limits to future oil and gas exploration and drilling as indefinite. Officials said the withdrawals under Section 12-A of the 1953 act used by presidents dating to Dwight Eisenhower cannot be undone by an incoming president. It is not clear if a Republican-controlled Congress can rescind Obama’s action.